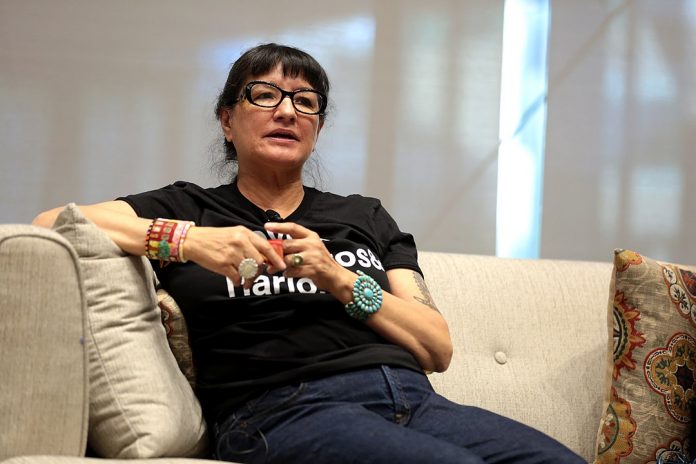 I usually don’t get requests from ustedes to write about a specific subject for my newsletter.

In case you don’t know what I’m talking about…well, you should! You subscribe to this newsletter, no? And you click through on the links I provide as my Read of the Week, right?

In that case, you would’ve read Myriam Gurba’s now-legendary takedown of the Jeanine Cummins narco novel that I included in Canto LXXVIII.

You didn’t read it? Well, surely you saw my many tweets on it, because you follow me on Twitter, right?

Fine, I’ll briefly explain: American Dirt deals with a Mexican mother and her son on the run from a gun or 101. An Oprah book pick.

What Myriam wrote is how I feel about it — as a reader, as a Mexican American author with three books released by an imprint of one of the Big 5 in book publishing (Scribner, a division of Simon & Schuster), as a reporter who knows that the migration story of our times should center Central Americans, not Mexicans.

A LOT of anger against the book — mostly because it’s a badly written ramble championed by all sorts of literary luminaries, including iconic Chicana writer Sandra Cisneros.

A LOT of Cisneros fans were taken aback by her championing of American Dirt. Then came an appearance on NPR’s Latino USA about the controversy where she comes off baaaaad.

Arrogant. Egotistical. Clueless about the book and the fury. Petty. And just dumb: she accused Gurba of “rage” and then advised her to write poetry — particularly stupid advice, given Gurba is an accomplished poet.

But as I read dozens of former fans expressing their disappointment, with some calling her a vendida (and worse) and vowing to swear her off, I finally found the best way to weigh in on this mess, something I have preached forever:

The first celebrity I ever met was…well, I’m not going to say. But I’ll blind-item it. A film director. Who had a screening at Chapman University, back when I was a film student. Who made films my family loved. Whom I wanted to emulate.

And who was a supreme ass.

I somehow got to join in a student dinner with him. From a distance, I could see he was bored and wanted to get the night over with — mostly because there weren’t many attendees there, because he’s ultimately not that big of a deal.

I worked up the nerve to approach him afterward, said I was a fan, and maybe he could give an aspiring Mexican cineaste some advice?

Never heard back. His career petered out soon after. Try to guess who!

From that day on, I promised myself to always think of celebrities as the humans they are — and, frankly, to expect them to be egocentric and susceptible to believing their own hype. Many are predisposed to, because getting to the top requires a big dose of the the two traits.

It doesn’t make them any less of a person, or is a reflection of their work. As the hoary cliché goes, it is what it is.

That takes us to Sandra Cisneros.

I first met her in 2002, when she presented her then-new novel Caramelo to a rapt, packed audience at an auditorium next to the late, great Librería Martinez in SanTana. Macarthur Genius Reuben Martinez had me sit on stage alongside then-Orange County Register reporters Yvette Cabrera and Minerva Canto, as Cisneros read from her book as — I kid you not — Señor Wences.

Sandra was nice, if a bit creída. Reminded me of that tía in every family — you know the type.

So I wasn’t surprised when she declined to give me a book blurb for my first book. Or came back with a lovey-dovey email a couple of years later, when she needed something from me. Or that she doubled down on her defense of American Dirt, and dismissed many of the fans who have long held her up like a Chicana saint.

Does all this make me think any less of her?

I still think Sandra is a titan of Mexican American literature, a pioneer who knows how to write (my favorite piece remains her essay about the Virgen of Guadalupe for an anthology about la morenita). I also know that Sandra, ultimately, is an individual who feels she only has to answer to herself.

Long ago, I learned to separate Sandra the person from Sandra the writer.

And you should do that with your heroes, too. Or at least realize that they will disappoint you.

That’s a hero, defined. Read Joseph Campbell. Hero with a Thousand Faces. Most famous as one of the inspiration for Star Wars. No one is perfect, least of all those whom we admire the most.

That’s my ultimate takeaway from American Dirt. Screw the book — it’s emblematic of the publishing-world machine, which is filled not with heroes but bubble residents who love to anoint their own kind instead of try to reflect the real world.

Sandra is the real lesson here. Enjoy the work of people who inspire you, but don’t place them on a pedestal. Heroes fail. Saints sinned.

The foibles of your heroes shouldn’t negate or define their legacy, or define it. If you think otherwise, grow up.

Been wondering about dual citizenship. Is this a good thing? Thinking of USA soccer, baseball players. Israelis with their right to return to Israel if they have any Jewish in them or related or married to someone…Where do the loyalties lie?

I actually don’t care about dual citizenship EXCEPT in sports. Always think it’s weak-salsa when someone who can’t hack it for their natal country’s national squad’s goes to play for their ancestral country — I’m looking at you, pochos who want to play for Mexico’s baseball or soccer team! Loyalty to country? Pinche gabas always so paranoid about treason — Americans, heal thyselves.

IMAGE OF THE WEEK: Levantamos el niño Dios for Candlemas at my Tía María’s house. Looking forward to do my mami’s Nativity this year…

LISTENING: “La Última Llamada,” Yariel Roaro. I was never a Kobe fan — Team Shaq POR VIDA — but the collective grief over his tragic death is real, and raza has stepped up with corridos. Yet none can possibly approach this ballad, which transcends Kobe with its universal themes. I’m not a big fan of sierreño music, but Roaro uses its traits — sharp arpeggios, countering tuba, aching duet — to heartbreaking effect. The lyrics, man — even I teared up. And under two minutes.

PS, kudos to the guy who hit me up at my wifey’s Alta Baja Market who says he’s jamming on Hector Lavoe gracias to my canto’s music picks — I think your name was Nicholas? Regardless, God bless my REAL fans who click through my links!

READING: “In the Jungle: Inside the Long, Hidden Genealogy of ‘The Lion Sleeps Tonight’”: I’m teaching Narrative Journalism again at my alma mater, Orange Coast College, and the first assignment is to read six classics of the form. Yes, Talese, Wolfe, and Didion are on the list — but so is this 2000 Rolling Stone masterpiece, which I read before I even knew I wanted to be a reporter and is simply magnificent.

Gracias for buying me tacos!

More than a few of ustedes stepped up and offered me digital tacos — gracias! I will gladly pass them along to freelancers who need them more than me. Stay tuned for a bigger ask this spring…

“Kobe Bryant’s relationship with Latinos was special”: Al Día out of Philadelphia shouts out my Kobe coverage.

“Breaking through the glass ceiling one kiwi at a time” I appear on KCRW’s Good Food with Evan Kleiman to talk about the life of the legendary Frieda Caplan, a produce chingona.

“Jorge Sedano”: The ESPN personality shouted me out for my Kobe stories THRICE: On Around the Horn, on his radio show, and then as a monologue on The Jump. And they say Cubans and Mexicans don’t get along…

First, a correction: I actually had a story that I should’ve included in my newsletter last week, which is the first one I’m sharing. Man, I thought I was flojo for a minute!

“The Education of Cynthia and Nelson”: My quarterly column for Gravy (the food journal of the Southern Foodways Alliance) talks about how my wife and I introduced our friends to Chattanooga — which, of course, longtime subscribers of my cantos will remember we visited this past summer. KEY QUOTE: “As we planned our trip, I warned Cynthia and Nelson of the biggest issues they’d encounter. The weather was going to be stiflingly hot and humid. They would see Confederate flags and Donald Trump paraphernalia. Tabasco would be the hot sauce lingua franca, not Tapatío.”

“‘Did you hear?’ The public grieves for Kobe Bryant, from Trader Joe’s to Staples Center” and “24 grieving fans talk about losing their hero: ‘This is a Kobe town’”: I assist in the original stories the Los Angeles Times published on the death of Kobe.

“Kobe Bryant had a special kinship with Latino fans and culture”: In which I break down why so many of my cousins and friends were distraught this week in a way I’ve NEVER seen them. KEY QUOTE: “We see that mentality in our culture — eres el más chingón [you’re the biggest badass],” Flores added. “That was Kobe every night, every day.”

“In Orange County, Kobe Bryant grew from basketball’s enfant terrible into a ‘typical dad’”: I help out in what’s called a “rewrite” — I and other reporters go out and do a story, then I cobble something together out of our work. In this case, I tackle how Kobe found his home in OC. KEY QUOTE: “A community frequently derided as frou-frou and out of touch with the rest of Orange County ached and remembered, in places expected and not.”

“How the pursuit of justice in the Seal Beach mass shooting forged an unlikely friendship”: My latest Column One for the LA Times addresses the one good thing to come out of OC’s notorious jailhouse snitch scandal. KEY QUOTE: “Over taco salads at a restaurant in downtown Santa Ana during a courtroom recess, Sanders and Wilson recounted their saga like old pals chuckling over a camping trip.”

“Folsom Prison Blues (Again)”: I review Los Tigres del Norte’s excellent album and documentary filmed during a performance at Folsom Prison for Alta, where I’m a contributing editor. KEY QUOTE: “Like Bruce Springsteen’s, Los Tigres’ lyrics are openly skeptical about an American dream that requires you to neglect family and friends as you try to succeed in a country where the odds are fundamentally stacked against you.”