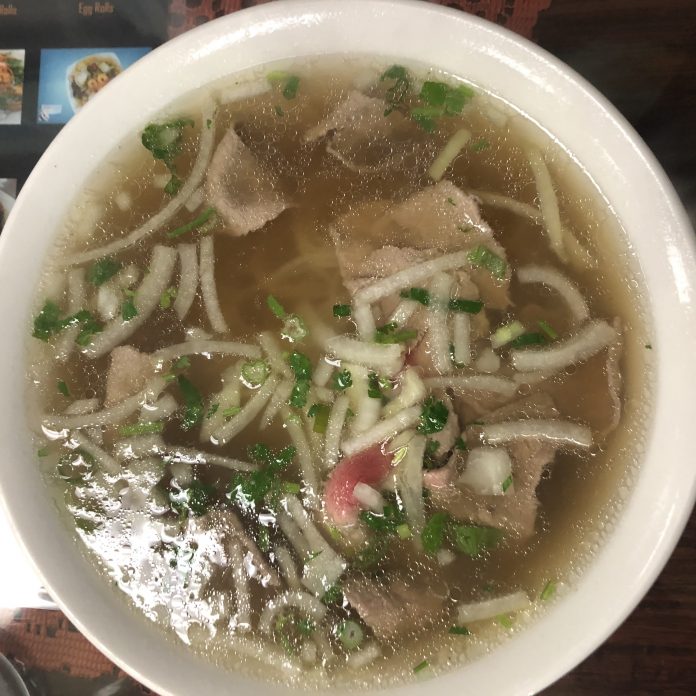 So did you get the flu yet?

It entered me last Saturday — I have this preternatural sense of knowing when pathogens enter my body (I’m also a raging hypochondriac, but that’s a canto for another day). I staved it away for a couple of days with high-proof bourbon, then laid off the juice.

The damn thing left my wife and I bedridden – first time that happened to me since they took out my wisdom teeth and I stupidly mixed Vicodin with Jameson to try and tamper down the pain and instead nearly DIED. This time around, I go a fever for a little bit, but was mostly just exhausted and unable to work.

(Of course “unable to work” for me is one full day in Riverside for…something…then another day of interviews for…something else. You snooze, you lose).

I think I’m over the bump — I’m on three hours of sleep right now, because I didn’t get to sleep until 4 a.m. because my throat hurt every time I swallowed. But it doesn’t as much anymore, thanks to the only cure you need for the flu.

At my previous paper, winter always meant coworkers called in sick with flus, colds, fevers, and the like. And my answer was always the same.

The Vietnamese beef (or chicken. Or fish. Or shrimp. Or even veggie) noodle soup can knock out the sniffles with the ruthless efficiency of a sniper bullet. Take it from someone who has sworn by pho for that reason for over a decade.

From the moment I’d even get a sneeze, I’d march myself down to my usual pho spots and do the same ritual. Order pho ga (chicken pho). Throw in bean sprouts, jalapeños, basil, mint and sawtooth (the spots I’d go to were in Little Saigon, so I got the full plate of accessories).

Spoon in a buncha chili oil, then the Sriracha with seeds, then the regular Sriracha. Pull up the noodles so the soup wouldn’t be so scalding and the condiments would settle. Repeat. Then eat.

The end product looked more like bún bò Hue than pho ga, but I didn’t care. By the end, my bowl was filled with napkins filled with sweat, phlegm, and snot.

I’d do this for breakfast, lunch, and dinner for three days. And I’d be cured.

I haven’t done this for the past two years, ever since I left my former paper. I just don’t have access to Little Saigon like I used to anymore.

And so, I’ve suffered. Sorry, folks, but tom ka gai does NOTHING to alleviate the flu.

I’m convinced nothing beats pho ga as a flu remedy — and, yes, I’ve had matzo soup, caldo de res, ramen, and many other fatty hot soups. Besides, I love the fact that a Mexican relies on Vietnamese culture for salvation.

Anyways: PHO. PHOEVER. And all those stupid puns…ok, I’m off to bed for just a bit of sleep, ’cause the stories don’t write themselves!

But before I do, a note on last week’s Grítale: A loyal reader pointed out that the person who asked about the supposed double-loyalty of “Israelis with their right to return to Israel if they have any Jewish in them” was engaging in one of the oldest anti-Semitic canards around. You know what, gentle cabrona? You were RIGHT. I took the question as an attack on the perceived double-loyalty of Mexicans, which we’ve had to deal with since 1836. But you know who’s had to deal with it longer? Jews.

“Israelis with their right to return to Israel if they have any Jewish in them”? GTFOH. I remember that line bothered me (if it doesn’t bother you, then you gotta study up on your anti-Semitic canards) when I first read it, but got too Mexi-obsessed. I promise to spot gaslighting better next time, so let’s do that NOW with this week’s Grítale:

My son went to college near LA and then spent a decade traveling the globe teaching English. On his return to Wisconsin, he started a taco cart and claims Guisados and Guerilla Tacos as his inspiration. So when we visit LA in February, we thought to do a taco crawl — but where to go and how to pace ourselves?

I don’t pass judgement on a restaurant until I’ve eaten there, and I have no problem with non-Mexicans doing Mexican food. But you want a list of places for your son to get further “inspiration” for his taco cart in Wisconsin?

First off, homeboy can ask me himself instead of having daddy do the work for him. Secondly, I’m more than happy to provide a list — but only if y’all pay the consulting fees to the restaurants that they deserve to spill their secrets to outsiders that will summarily “remix” their latest “inspiration” to make moolah. Lastly, tell your son that on his restaurant’s last blog post, they misspelled “al pastor.” Twice.

LISTENING: “Since I Don’t Have You,” The Skyliners. A doowop classic immortalized in American Graffiti, covered by everyone from Guns ‘n’ Roses to Don Maclean and Babs, and one of the few songs I’ll karaoke — and yes, I can sing the HELL out of this one!

READING: “The Golden Gate prank by UBC engineering students may have been the best ever”: Maclean’s, the TIME of Canada, always busts out great journalism, and this one will inspire you to either become a reporter or an engineer so you can join some of the best pranksters since Richard Christy and Sal Governale.

“Kobe Bryant’s Relationship With Latinos”: I appear on Insight With Beth Ruyak on Capital Public Radio to talk about the subject at hand.

“OC cities oppose state housing mandate”: My latest KCRW “Orange County Line” talks about the eternal fight South Orange County wages against the rest of OC dragging it out of its gunkist memories.