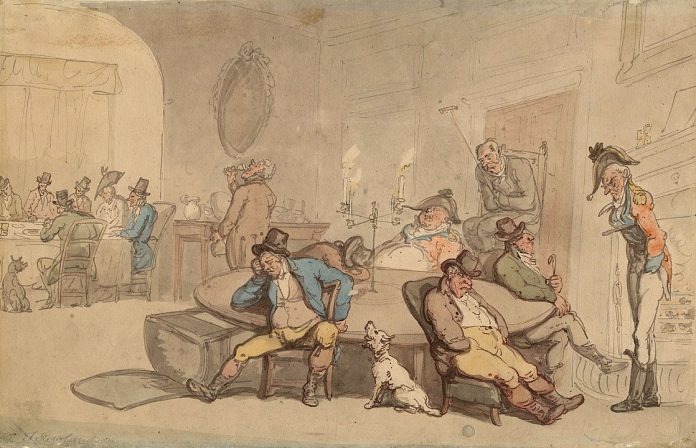 One of the first books I ever bought for myself at a bookstore was Bartlett’s Familiar Quotations. On my Facebook page, I still keep adding great quotes I read from random stories over the years, great sentences or turns of phrases. From people famous and not.

One of my favorite ones was told to me by my my cousin Plas. He’s an avid boxing fan, and one of my favorite memories of us was when we went to what was then the Arrowhead Pond in Anaheim and saw Vic Darchynian destroy Jorge “El Travieso” Arce in the ring, while drunk, fat Armenian men beat up drunk, fat Mexican men in the stands.

Southern California — gotta love it! (That’s the day that I also learned about the iPhone and the wonders of Shazam. Is Shazam still a thing?)

Plas told me the following quote, which he attributed to Floyd Mayweather Jr., but I’m sure someone expressed the same sentiment before Money: “When you’re sleeping, I’m working … When you’re working, I’m working…”

In other words, another favorite quote of mine: “You snooze, you lose.”

To quote Gene in Bob’s Burgers: “This is me now.”

Actually, this is me FOREVER.

I never liked to sleep — six hours is my ideal — but I do need sleep. So I take Mayweather’s quote as my work maxim.

New Year’s Eve? Was finishing a coming front-pager for the Los Angeles Times. Thanksgiving? Research, after a brief family diner. I might be the one person on earth who hates holidays because that means he’s supposed to relax.

I relax by working.

I’m privileged to be able to say this, of course. If I had a job that I hated, or something physically taxing, I probably wouldn’t be so up on working nonstop. But I don’t believe my own hype. So every moment — every second, every story — I’m pushing to become better. Because I’ve seen what happens to lollygaggers.

They don’t go anywhere. And when it’s time to perform, they flop.

But it’s just not a work thing, either.

Opportunities come, and opportunities go. So you better be open to them appearing out of nowhere. And grab them while you can.

This is on my mind because of something that happened — not to me, but to a former colleague of mine who needs some work. I made an introduction to a magazine and talked up the writer; my colleague had all these great pitches for them.

My colleague didn’t hear back. The mag should’ve known better.

So instead, I made an introduction to their rival, because I knew they weren’t as haughty. My former colleague is going to publish a masterpiece next month, And the publication that ignored the opportunity I presented them is going to kick themselves for not taking it.

You snooze, you lose.

BTW, I’m channeling my inner Nigel Rees and trying to figure out who was the first person to say that quote. Earliest citation I could find was an ad for Holmes Motor Company in the June 6, 1950 issue of The Courier in Waterloo, Iowa.

I should’ve been a quotes gatherer…HA!

I’m looking for midlife inspiration. Making some big changes and starting over by coming back home to California. What are some biographies/stories/blogs/self-help books that have inspired you or helped you grow? Currently rereading Bird by Bird and looking for more.

First off, good for you for returning to the Best Coast, and not being one of those weak-salsa California quitters I always like to bash! I’m someone who reads more to learn about the world than get inspired — only inspiration I need is that I can always improve — but you want recommendations. So for biography, you gotta go for The Autobiography of Malcolm X — radical transformation out of a tragic life, and a big what-if at the end. Blogs have basically been over for a decade, but God bless Edwin Goei, who was food critic at OC Weekly for 12 years but always continued his blog, Monster Munching, where I first learned about him back in 2004.

As for a self-help book? Ecclesiastes, man. I used to shout that to my friends in high school, and still recite it today! Vanity of vanities…

BUY ME A TACO

Folks: for only the fourth time ever in the 90-some cantos I’ve sent, I received no online tacos last week. Just to be completely transparent: I don’t keep anything people give. I use all gifts to cobble a budget to commission freelance pieces, like the one below — pay it forward, you know? And I don’t pay bad — more than a quarter a word, which is better than the going freelance rate for most major publications.

From now on, any week I DON’T receive some tacos, I will do my best Dr. Gene Scott impersonation and call y’all out. I know you’re subscribing to some Netflix bullshit or overloading on Ventis— you can surely spare me some digital tacos, burritos, enchiladas, or enchuritos every once in a while, you know?

As Dr. Scott so memorably yelled again and again, “Get on the telephone!” Buy me a Paypal taco here. Venmo: @gustavo-arellano-oc. Gracias!

IMAGE OF THE WEEK: A booklet on the history of my mami’s rancho in Zacatecas, a “humble and hardworking village,” per the subtitle. Life goals.

READING: “The Prison Inside Prison”: Maddening, masterful history of solitary confinement in Texas prisons by the Texas Observer, the muckraking rag that I subscribe to because print isn’t dead.

“The Fight to Keep My Family’s Mexican Christmas Tamales-Free is Real”: And this is what your tacos to me ultimately buys you. The homegirl Oaklander Azucena Rasilla pens a beautiful ode to her family’s winter-holiday culinary traditions — bacalao a la vizcaina, and romeritos. Don’t know what they are? Click the link!

“Newsletter: Why the idea of a ‘home state’ paper in California is absurd”: My Los Angeles Times colleague Julia Wick plugs a story of mine in her Essential California newsletter, which you should subscribe to. And then she gave me another shout-out!

“‘Kiwi Queen’ Frieda Caplan, credited with changing the way Americans eat, dies at 96”: I record an interview for Australian media about the legendary produce maven.

And for like only the third time in these cantos, I have nothing original to share. I have two stories ready to go for the LA Times that should come out next week, and the damn impeachment trial has my KCRW “Orange County Line” on hiatus — DAMNIT!