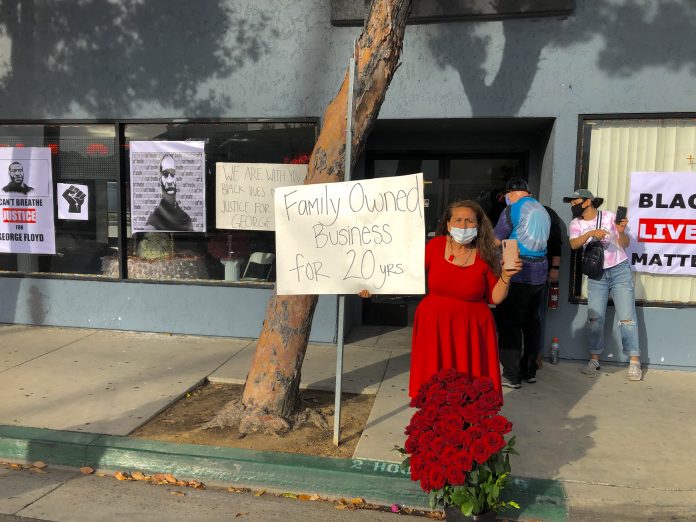 Just submitted my grades for my Narrative Non-Fiction class at Orange Coast College — what a time to take a 100 Level course about journalism!

No tests, because I don’t believe in them. No extra credit, because that rewards the lazy.

I tell my students that an A in my class is easily attainable — all they have to do is the work for it, work on which I help as much as possible but which I expect them to do.

So write just one draft of your final before you turn in? Probably not going to get an A. 46 drafts, as one student did one year? Yeah, you’re getting an A.

Which leads me to the story of…let’s call them A+.

They were a student of mine — smart questions, always showed up early to class, a scintillating writer even at a young age. Even with no formal training.

But their final wasn’t what I asked for. I told the class they needed to interview at least three people, and they only talked to one. They expected to skate on their talent to an A.

I told them that if they left it as such, they’d only get an B, even though it was a great read. I told them what exactly they needed to do to get the A.

And then A+ told me they were too busy with work and life to do so, and would settle for the B.

In these hard times, you probably don’t want to hear that you should push yourself to be better— that hoary cliché about pulling yourself up by your bootstraps.

(Besides, that lesson is for my long-promised essay on rancho libertarianism).

But how about if you instead push others toward their greatness?

That’s the job of a teacher. A superior. A mentor. An editor.

The masses across the country marching to bear witness for George Floyd, Breonna Taylor, and too many others.

They’re offering a lesson on how to improve something:

We all need one sometimes. Too often, we think we’re challenging ourselves to improve. But we need others to realize how much we believed our hype.

I told them they were too talented to just settle for a B.

That this was a life lesson they needed to learn, and that the choice was theirs.

Afterward, the student thanked me for pushing them beyond their comfort zone. I reminded them that they earned the A, not me.

One of the happiest A’s I’ve ever granted.

One set into motion by a push.

You mentioned [Robert] Frost, whom I also like much — “the woods on a snowy evening” I learned in 8th grade and recite even today by heart. Very relevant for me about the promises to keep and miles to go. And Kerouac’s On the Road, read in high school. Wanted to do the same. But Kerouac drank himself to death, and Hemingway ended his life with a shotgun.

So I decided to be more selective about my heroes. How do you reconcile the artist, while brilliant in many ways, but ends in self-destruction like so many do? Look at the 27 club: Hendrix, Joplin, Morrison and Cobain. Robert Johnson. And Amy Winehouse.

And? Heroes, by their very nature, are not meant for this world, and by definition, usually fall to the vices of their virtues. Hercules. Gilgamesh. Joe Dimaggio. John Steinbeck probably made up most of Travels with Charley. We’re meant to get inspired by them, not emulate every action of theirs.

Even saints have a story, as my sister once told me. If you’re looking for perfection, try Jesus. Or Huell Howser.

IMAGE OF THE WEEK: People clean up in SanTana after a May 30 rally in SanTana. Setting fire to a Boost Mobile sign ain’t the best way to take down the system — just sayin’…

QUOTE OF THE WEEK: “It takes a whole field of flowers to make a gram of perfume.”

LISTENING:“The Love I Saw in You Was Just a Mirage,” Smokey Robinson & the Miracles. My all-time favorite R & B group, ever since I bought their greatest hits in 8th grade — but this twangy classic wasn’t on it. So melancholy and wistful — and Smokey’s voice!

READING: “Dirt Cheap: A Conversation with Adobe Brick Maker David Yubeta,” BorderLore by the Southwest Folklife Alliance not only does amazing work highlighting the traditional crafts of Arizona, but also contextualizing it in way that matters to all of us. You never knew you needed to know how to make adobe until after reading this inspiring interview.

This is my latest project for the Los Angeles Times, a 15-minute podcast that just ended this week. Did you hear any episodes? Probably not! Why not?

“Coronavirus Boom Busts California, For Now”: A conversation with California Assemblyspeaker Anthony Rendon about what’s next for the Golden State.

“Coronavirus Doesn’t Stop, But This Podcast Does”: My last guest was also my first: LA Times health reporter Soumya Karlamangla. Download these all and the rest!

I was mentioned in an internal company newsletter for an article I did early on in the coronavirus pandemic about new parents during these weird times.

“Marching for Black Lives and Cruising to Support Undocumented Immigrants, This Is the New, Progressive Whittier” L.A. Taco — which just won a James Beard award as Emerging Publication of the Year — shouts out an old LA Times article of mine.

“Santa Ana protests: Some led to looting, others were peaceful”: My latest KCRW “Orange County Line” tells the story local politicians conveniently don’t like to acknowledge.

“Protests planned for Newport Beach after tense standoff at South Coast Plaza”: A collaboration with some of my Times Community News colleagues. KEY QUOTE: “They destroyed for their game and not the cause,” said Alexander Rodriguez, 25, who stood outside a Smart & Final on Edinger Avenue with smashed-in windows Monday. “They don’t care how the world sees us.”

“In the heart of Santa Ana, residents clean up and debate after protest”: I go to the corner of Bristol and McFadden in SanTana, where the REAL rallies in the city go down. KEY QUOTE: “Graffiti in English, Spanish and Spanglish marked buildings, walls, street curbs and trees. Glass shards glistened on the ground. A burned Boost Mobile display still smoldered. Rocks littered parking lots like jacaranda blooms.”

“They protected barrios against looting. ‘Don’t come here to tag up all these walls, homie’”: Then I go to my hometown of Anaheim, where I hung out with locals who were protecting a T-shirt store. KEY QUOTE: “It was a scene repeated in barrios across Southern California that saw anti-police-brutality protests wind through their working-class neighborhoods. Residents stood outside their homes and shops to support the message but also to offer one of their own: Don’t mess with us.”