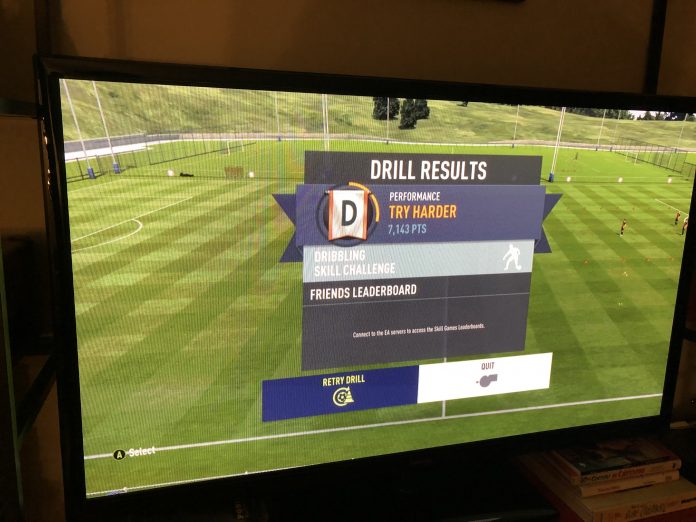 In January 2018, when I had no job after getting fired from one after just two weeks, I bought myself an Xbox One.

I’ve had a gaming console ever since my parents bought me a Nintendo in 1987. I can’t remember what bullshit guilt trip I pulled on my parents to buy me one, but they did, God bless their souls. It was the cheaper NES, with Duck Hunt and Gyromite instead of the one with Super Mario Bros.

(I should talk about the disappointment my ingrato 2nd-grade self felt about THAT cost-saving move, but I’ll save that lesson for another time).

After that, the gaming consoles in my life go as follows: Sega Genesis from junior high until about college. A PC after that until about 2003. PlayStation 2 from like 2005 through whenever Grand Theft Auto 4 came out, at which point I upgraded an Xbox 360.

And now, Xbox One.

I was never too serious a gamer. I never liked playing online against other people, and really just limited myself to the Grand Theft Auto series (one of the great parodies of post-Empire America) and sports – and really then just college football, a sport I’ve always followed closely.

Sometimes, you need idle nothing in your life – and few things do that better than video games.

When I bought the XBox One, I also bought FIFA 18. EA has always done a great job with its soccer series, the World Cup was going to happen that year, and I really expected to do nothing for my 2018 since I thought I’d never get another full-time job again.

We all know how that turned out.

This Christmas was the first time I had nothing to do in a while, so I decided to start up the FIFA season I had left off with Bayern Munich.

I was shocked to see when was the last time I had played a game – March 2018.

The one game I play more than any nowadays is Mario Kart Tour for iPhone — I play it for about 10 minutes a day. Again, idle nothing — but then again, video games in their various manifestations are metaphors for work and life.

You can always do better, and have to learn on the job (or, you can always cheat). There is never any perfection — you can always get a higher score, beat your opponent faster, use a Gatling gun instead of a shotgun when fighting the biker gang in that restaurant in GTA V that’s a TOTAL ripoff of Gladstones in Malibu.

You can become addicted. You can spend way too much money on games and upgrades. Or, you can just move on, like I did.

In FIFA ’18, you can be Cristian Ronaldo or Robert Lewandowski. You can win championships.

And you lose. A LOT. Until you learn and get better. Then you begin to win — but you’ll never be undefeated.

And, if you’re smart, you’ll make sure you aren’t — because losing is one of the best teachers since Socrates.

It was fun to play FIFA ’18 after so long. But I don’t think I’ll do it again for a while — too much of a commitment, and I have too many stories and projects to get to.

But when Grand Theft Auto 6 comes out, you won’t hear from me for a week. I sure hope they bring back Trevor, ’cause he was fun!

How do you manage to find the time to READ? Have a set time of day, hour, etc. I find myself reading so much of The NY Times, LA Times, Washington Post and in my face in Facebook, the day passes and I am tired and pass out. You take a pill??

I’m not like the average person in three specific ways that allow me to reach as much as I do (I subscribe to about 200 daily newsletters, at least a dozen print publications, and try to plow through a book a month). Primeramente, my job is words, so I’m reading all the time to watch for trends, story ideas, and to challenge myself to write better.

Even if I wasn’t a reporter, I was born a reader — a voracious one — and can’t tire of tales. But, most importantly, I’m a NERD, and reading is as integral to me as breathing. I recently asked a friend what she thought my favorite Twilight Zone episode was. She rolled her eyes and said “Time Enough at Last.”

IMAGE OF THE WEEK: A bottle of Gran Corralejo, the premium stuff from my favorite mass-market tequila. Gracias, compa who gave it to me…

READING: “Taming the Demon”: The lay-Catholic magazine Commonweal publishes some amazing features, and this is one of them: a journalist tries to make sense of America’s obsession with work at a remote Benedictine monastery in New Mexico.

LISTENING: “Ay Cosita Linda,” Nat King Cole. About a decade ago, unprompted, someone in Phoenix gave me a burnt CD of Nat King Cole songs in Spanish. I still have it, both as a reminder of the kindness of strangers, and also because Nat KILLED it. He didn’t speak a lick of habla, yet nailed every song backed by a hell of a band (although his “Adelita” could’ve been a bit more revolucionario instead of lovey-dovey) . This remains my favorite track of his — a reminder of a time when Americans wanted to learn Spanish and weren’t afraid of foreign rhythms joining the mainstream.

“Newsletter: Who should be making (and selling) tamales?”: My Los Angeles Times colleague Patricia Escárcega shouts me out while answering this vital question. Subscribe to her newsletter, por favor.

“Newsletter: The best California writing of 2019”: Another LA Times colleague, Julia Wick, kindly includes me in her roundup of favorite Golden State articles of the past year — click to see which one, then read it! Subscribe to her newsletter, por favor.

“Down the Toilet”: Tucson Weekly mentions my thoughts on Vegan-Mex for their year-in-review.

“The 20 Moments That Made Portland Famous in the Past 10 Years”: Willamette Week mentions my defense of two gabachos who got destroyed by wokosos because they dared sell breakfast burritos in the Rose City.

“A Look Back At The Year In Politics”: KQED’s California Report lets me blabber about California politics in 2019.

“The XLNT tamales go back 125 years, capturing nostalgia for Californians across the U.S.”: My latest Column One for the LA Times touches on the oldest Mexican-food company in the United States.