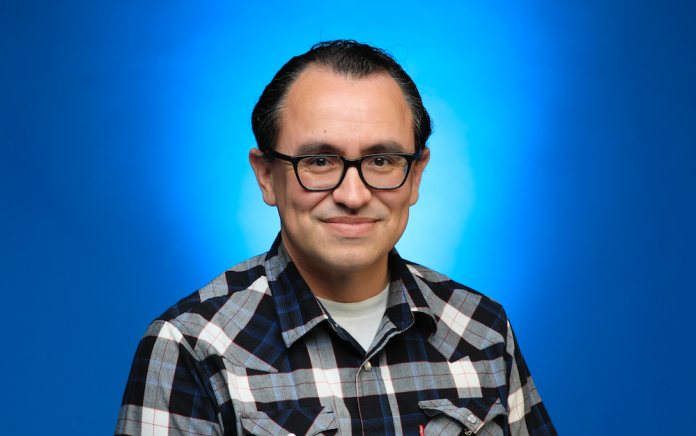 A year ago this week, something happened that I once thought impossible: I joined the Los Angeles Times as a staff writer.

I have a relationship with the paper that dates back to 2006 (and 15 years before that as a loyal reader), a relationship that ranged from writing food essays and opinion columns, to offering quotes for stories, to participating as a panelist and even moderator at the Los Angeles Times Festival of Books.

But work full-time for them? Never crossed my mind.

I received numerous invitations to join over the years from various editors. And I always told them the same thing: while flattered, it wasn’t going to happen, because no way on earth would I ever leave OC Weekly.

And then I did.

Quick anecdote: when I finally realized my time at OC Weekly was about to end, I decided to text then-editor Davan Maharaj and to let him I was ready to join the Times. As I began to compose my message, I got news that he had been fired.

I felt like the character in the second season of the television version of Fargo, who saw his butcher shop go up in flames. What I had been counting on to save me from coming troubles was done. The paper had horrible owners at the time who had not only instituted a hiring freeze, but were getting ready to lay off staffers.

We know the rest of the story: LA Times writers unionized and forced the sale of the paper to someone who understands the importance of the Times, who hired up and invested in the paper.

And here I am.

IT WAS A JOKE, PEOPLE.

But in many ways, I do feel that I’m about to start at the Los Angeles Times.

Because last year was a jittery anomaly.

The first three months were spent getting acquainted with the rhythms of the Times. I know a lot of my pathetic fanboys predicted it would be a bad fit – after all, I was the enfant terrible of Orange County, now forced to adapt to the strictures of a daily newspaper based in Los Angeles (actually, El Segundo, where everything great is 10 minutes away).

Shows how much my pathetic fanboys know. After all, I had written for the Times in one form or another for over a decade. And in my 2018 of freelancing, I quickly realized that you have to learn a new language any time you start to write for a new publication.

Bu right as I begin to feel comfortable at the LA Times, something else happened: my beloved mami was in her final stage of life.

I tried to soldier through, but my editors essentially commanded me to spend time with her and not focus on writing — the job would be there. Some of them went to my mother’s funeral, and I was told to take as much time as I needed to grieve.

For this kindness and generosity, my family and I are forever indebted to the Los Angeles Times.

I returned in late May, and tried to relearn my swing. I traveled a lot – to the tiny town of Trona, wrecked by a July earthquake. To the Imperial Valley, to cover the area’s embrace of hometown heavyweight boxing champion Andy Ruiz, Jr. To Catalina Island, to report on the buzz over a pinche Von’s.

And then I got a big challenge from the homie jefe Hector Becerra: did I want to cover the 25th anniversary of Proposition 187, California’s infamous anti-immigrant initiative?

I initially begged off, saying I was probably the worst person to do it because I was so biased on the issue. But Hector said that was why I should try something – because no one knew the issue better than me, and no one had a better personal story to tell.

So from about mid-August until about the end of October, I lived and breathed 187. I ended up doing a series of stories and essays, and a first for me: a podcast that ended up airing on Latino USA. (check out the whole Prop. 187 package at this link).

And here I am in my last quarter: Trying to relearn the rhythms, and ready for my first normal year.

I long told people that the OC Weekly was my dream job — I was able to work for my hometown paper, on my desmadre terms. When I lost that job, I feared I would never have something like that again, and that thought severely depressed me — I would never be able to return to the Garden.

But about a week after I quit, I ran into Logan Crow, who runs the wonderful Frida Cinema in downtown SanTana. I told him how I had lost my dream, and he responded with words that resonate to this day: why can’t you have more than one dream?

I’m living that at the LA Times. I get to do the stories that I want, have editors who support and challenge me, and colleagues who are wonderful and kind. So subscribe, already!

I look forward to working my ass off in 2020. I want to do more investigations, more food, and just more of what my mandate is: tell stories that explain who we were, are, and becoming in California.

It’s time to plant some seeds…

Do you still kiss your thumb after making the sign of the cross?

The question should be if I still make the sign of the cross, period. And of course I do — but only when I’m at church, which I attend only on assignment, or for baptisms, weddings, and funerals. But after a year of saying the Rosary at different events, I think I’m going to start to do that again regularly. Torre de marfil, bruh.

IMAGE OF THE WEEK: A mug from Braum’s, the legendary Oklahoma chain that mixes In-n-Out, Trader Joe’s, and Thrifty’s Ice Cream into a slice of heaven. Gifted to me by the homie Okie Hailey Branson-Potts, who’s a hell of a reporter and writer for the LA Times and who will join me in dim sum soon!

READING: “The Curse of the Ramones”: I read this story when it originally ran in Rolling Stone in 2016, but it reappeared in my stacks recently. Taut writing, gripping narrative, a LOT of insider info but nevertheless explaining the importance of the punk legends to a general public — has this article been optioned yet? PS, I should’ve been a Mexican Joey Ramone…

LISTENING: “Chain Gang,” Sam Cooke. I didn’t like this song growing up because I thought it was hokey and KRTH-FM 101.1 overplayed THE HELL out of it. But now that I’m less dumb, it’s one of the few pop songs to ever show sympathy to prisoners (as opposed to glorifying criminals) and is just wonderful. Sam’s on my mind because my comadre insists the government had the King of Soul assassinated because he was getting woke — HWUT.

Dec. 21 aka TOMORROW: I will be joining legendary cartoonista Lalo Alcaraz at my wife’s Alta Baja Market in SanTana as he sells his 2020 calendar, magnets, and posters. Address is 201 E. Fourth St., and we’ll be there from 11 a.m. to 3 p.m. DEEP into the micheladas haha.

“Linda Ronstadt’s biggest gamble”: CNN mentions an op-ed piece I did about the Mexican-American singer about her legendary album Canciones de mi Padre for their documentary on ella.

“The year in podcasts”: The LA Times includes my podcast on Proposition 187 in its roundup of the podcasts we released this year.

“Sweet, Fruity, Boozy Ponche Is The Flavor Of Christmas”: I get quoted in an LAist story about my favorite holiday Mexican drink.

“RHOD’s LeeAnne Locken Calls Fellow Cast Member ‘The Little Chirpy Mexican’”: The Dallas Observer asks me for thoughts about a cast member of The Real Housewives of Dallas, a show I don’t see much but know enough about to be able to offer opinions haha.

“The Roots of Inequality: The Citrus Industry Prospered on the Back of Segregated Immigrant Labor”: The wonderful Fullerton Observer shouts me out for my work about the hidden histories of OC’s citrus industry.

“SoCal Podcast Confronts Anti-Immigrant Legislation”: I appear on Spectrum News’ Inside the Issues with Alex Cohen to discuss my Prop. 187 podcast.

“Impeached”: I appear on KCRW’s Left, Right and Center to talk impeachment, the Democratic debate, and other stuff.

“A civil war is brewing in the OC GOP”: My latest “Orange County Line” talks about how former state senator Janet Nguyen is running against Tyler Diep for his Little Saigon Assembly seat.

“At this church, many see a divine image of the Virgin of Guadalupe written in concrete”: My latest Column One for the Los Angeles Times visits Holy Family Catholic Church in Artesia to see a miracle on the sidewalk. KEY QUOTE: “Now, they stared at la jefa herself — not in the flesh, but in the concrete. For the faithful at this church, la virgencita herself shone in the stain beneath their feet.”