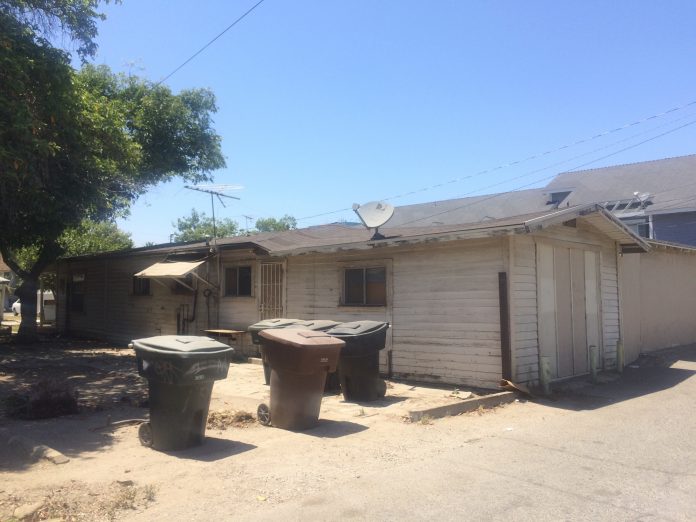 First off, apologies for the delay in my canto. I usually send Saturday morning, but I reserve the right for a Sunday morning missive, too! Something came up—mainly my wife got super-slammed at her store, so I had to do a couple of mad dashes for some danishes.

And now, onto the canto…

If I got the reporting gene from anyone in my family, it’s my dad.

Papi is one of the most gregarious people I’ve ever met—fitting, when you were a truck driver by trade, a recovering alcoholic (35 years sober!), and your favorite song is “El Muchacho Alegre.” He’s friends with rich people, with homeless, with people of all races and backgrounds.

He’s also incredibly persistent and tenacious in scrapping for every penny, in fighting for what he believes is his. It hasn’t always served my dad well in relations with us kids, but así es la vida.

So it didn’t surprise me when Papi recently came home with some sleuthing. “Van a tumbar la casa en la Filadelfia,” he told my mom and I one day while the two of us were watching Ahí Viene la Marimba on Mexicanal, the best musical variety show since Soul Train.

They were going to tear down the house on Philadelphia Street in Anaheim.

It hasn’t gotten a paint job in 30-some years

I wrote about my years at the house on 406 1/2 S. Philadelphia a decade ago in my little-read book, Orange County: A Personal History. It’s a granny flat in a barrio next to an alley, near a lumberyard right next to the train tracks, and down the road from a orange-juicy cannery. When it was built in 1922, the house stood next to acres of orange groves.

The orchards were long gone by the time I was born in 1979, replaced by a Kwikset factory where many of my older cousins worked. My memories of la Filadelfia are moments. The bad: Someone once broke into our home. I’d find hypodermic needles next to the alley. My dad’s alcoholic days. The time in 1987, the day after the Whittier-Narrows earthquake, when I was so freaked out by aftershocks that I fell out of the top bunk bed I shared with my sister and broke my collarbone.

And then there was the summer of the Night Stalker, when my parents would put our glass coffee tables next to the windows in case that maniac tried to break into my home, and my dad slept with a pistol next to him.

But I also remember the good. My mom playing Cri-Cri songs to my sister and I. Cooking meals for us at four in the morning, just before she went off to work at the old Hunt-Wesson tomato cannery in Fullerton. My dad renting a VHS tape about the history of baseball. Tom and Jerry cartoons before the censors got to them. Rookie Mark McGwire standing on top of the Oakland Coliseum for a This Week in Baseball episode.

And I remember when we left. With three kids, my parents needed a bigger home for us and saved their tomato-canner and trailero salary over the years to buy a house in a nicer part of Anaheim in 1988 (they just paid off their mortgage for that house).

I left Thomas Jefferson Elementary under a cloud of suspicion—Miss Pregenzer accused me of stealing the answers to a test, and didn’t believe me that someone had planted it in my desk to frame me.

So I never looked back…except of course I did. Once I got a car, I’d always swing by to see how the ol’ casa en la Filadelfia was doing. I’ll never say I grew up poor (that was my parents), but we were definitely not rich, either. The house was a reminder of what my parents accomplished, and where I came from—and to never forget those humble beginnings.

Or that we moved on.

Cousins of ours lived at that house after us until they, too, moved on up. That was about 1999. From there, the house fell into disrepair. It saddened me, so I stopped passing by.

Until my dad said it was about to get knocked down.

Storage unit where my cousins Vicor and Plácido and I used to hang out. There’s a picture of us here where I’m bawling—they still make fun of me for that. Jerks.

A couple of weeks ago, I swung by the Philadelphia house to try and remember. I was shocked to see how small the house was. What was our bedroom was little bigger than what passes as my library in my current home. The garage where an uncle of mine lived for a spell with my two older cousins and his wife was even smaller. The giant avocado trees are still there, as is the gravel driveway where I remember a succession of cars my dad had—a Ford Thunderbird and Ranger, a Dodge Dart—and parties we held.

The house now is vacant. My dad said he talked to people around the neighborhood that said it will get turned into another apartment complex. Man, in a different world, he could’ve been the next Moxley.

The neighborhood has changed dramatically. The orange juice cannery is long gone. The old Kwikset factor turned into high-priced condos where friends and cousins of mine live. The lumberyard is going to close in the coming years. The Sunkist Packing house down the street from us, where my Papa Je packed naranjas in the 1920 but had turned into an icehouse when I was growing up, is now a hipster food hall run by an asshole developer who tried to sue my wife for libel and lost—twice.

Gentrification is about to swallow up my childhood.

Thomas Wolfe was wrong. You can go home again—but do you want to? I never dwell on the past, no matter how good it might have been—it’s a dangerous, juvenile pursuit that can mire you in bitterness and blind you to the good of today, or the journey that got you to a better place.

La Filadefia will remain in my heart, but only as the place that my family WERKED to get away from. Everyone that I remember from that neighborhood who lived in rooms, in granny flats, in apartments and storage units, is long gone and made a better life for themselves elsewhere.

And if my family and others were able to do it, so can anyone else. 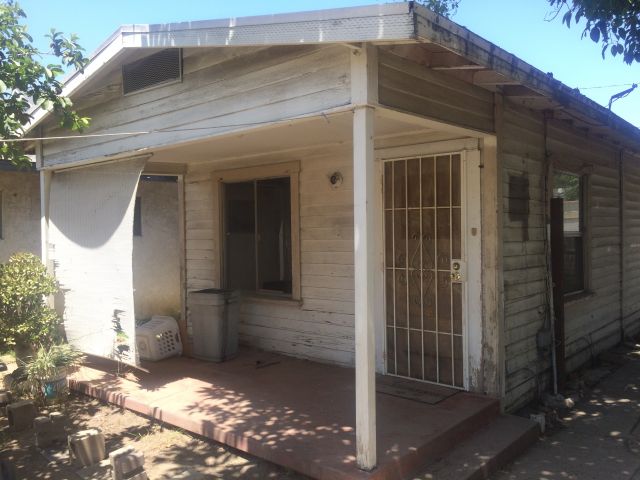 I have no memories of this front porch—ironic, because I’ve always wanted a house with one…

READING: “Gentrification Changed the Names of Oakland Neighborhoods”: Alt-weekly journalism at its finest co-courtesy of my comadre Azucena Rasilla of the East Bay Express—hyper-local, with institutional knowledge and a poison, puckish pen. Man, how I miss it…

LISTENING: “Tiger Rag,” Jelly Roll Morton. I’m an unabashed fan of college football (goddamn you, UCLA Bruins) and the most popular fight song in the land remains this jazz standard, because there are so many damn Tiger teams. Perhaps the best version EVER is in “Dixieland Droopy,” but let’s #respectthelegend Jelly Roll and give him the plug here—he said he wrote it, after all.

I’ll be at Su Teatro in Denver for the debut of the play based on my life, Interview with a Mexican, THIS THURSDAY AND FRIDAY. If you’re in Denver, GO GO GO!

“KCRW’s Left, Right and Center”: I appeared on a live taping of the venerable politics radio show this past week for a short segment on Orange County’s congressional races.

“Tortillas Quemadas: How California media has created a Latinx monolith through Gustavo Arellano”: You know the reading is good when it ends with “Fuck you, Gustavo Arellano.”

“The Sofa Degree in California Politics and Policy”: An anthology of my former column gets selected as one of 30 books people should read if they want to get into California policy—HWUT.

“Whittier’s Aaron Pico Gets Ready to Battle at Bellator 206”: Josh Chesler, a former freelancer of mine and a guy who’s almost as prolific as me, does a quick interview with a descendant of Pio Pico who’s looking to conquer MMA.

“Gustavo’s Great Tortilla Tournament, Grand Finale: And SoCal’s Best Tortilla Is…”: In which I reveal the winner of KCRW’s inaugural #TortillaTournament! KEY QUOTE: “And then we all ate Sonoratown, which had upped their game AGAIN.”

“Concert Review ~ The Hollywood Bowl Was Too Small for Los Tigres del Norte — And the Crowd Too Performative”: My first concert review in 12 years! For L.A. Taco, about the Tigers of the North at my all-time favorite performance venue. KEY QUOTE: “THAT’S MY JAM, DOG!” screamed a guy who looked like he was a roadie for Chicano Batman to his friend. “HUG ME, MAN! HUG ME! I LOVE YOU!”

“Want real rent control? Make landlords live alongside their tenants”: My latest California columna for the Los Angeles Times offers a loophole if Proposition 10 passes. KEY QUOTE: “No one is evil enough to live among people, look them in the eye, and raise their rent by $500 a month.”