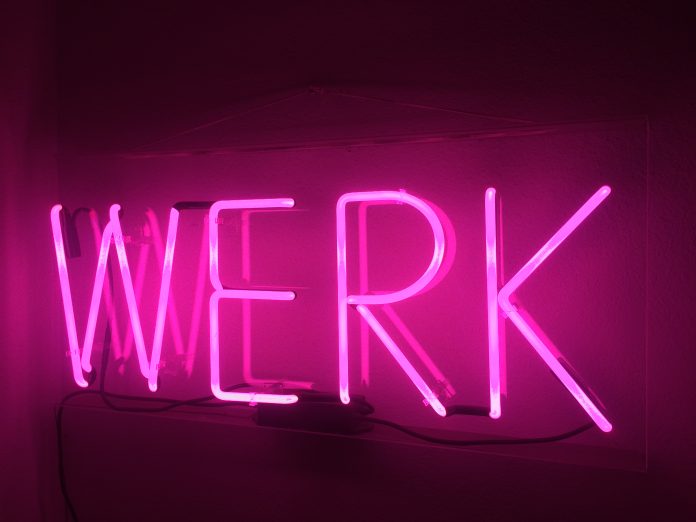 Greetings from Primm, where I’m getting gas on the road to Denver, where I’ll be reporting a story for…someone about…something.

“Why are you driving to Denver instead of flying?” multiple people asked me.

“Because that’s how you find stories,” I respond. “Finding stories is my work—and I LOVE to work.”

Work has been on my mind all year—namely because I have no full-time employment. I’ve got a weekly opinion column on California for the Los Angeles Times, but that’s a freelance gig. I’m going to teach two intro to journalism classes at Orange Coast College this fall–but that’s part-time, too.

Honestly, I gave up looking for a full-time gig after last December—and I really didn’t try when I did. I got multiple offers, but they either 1) wanted me to move from my OC homeland, 2) didn’t give me a good feeling (that ultimately proved true; as Edward G. Robinson once said, ALWAYS trust your little man, or 3): Required me to sell out my principles for a shitload of money.

PASS. Besides, I have a bizarre track record of never getting any job or fellowship I’ve ever applied to, so I’m done with that.

So instead, I prepped for 2018 to be one of drought and famine—which meant I had to WERK. 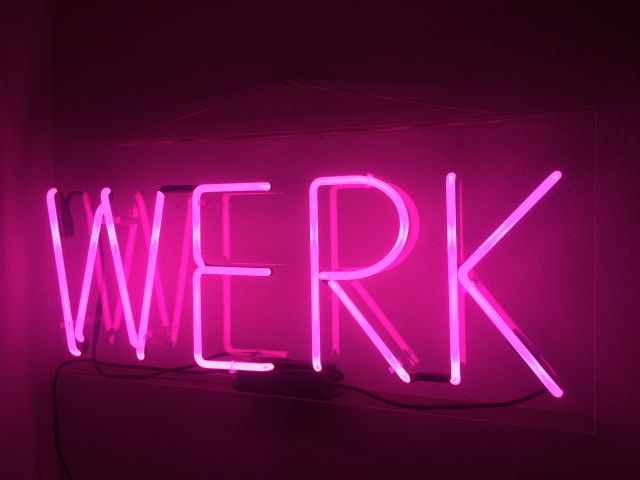 Sign in our living room that I gave to my mujer on her birthday—yep, same font as RuPaul’s Drag Race
Back when I used to have interns, one of the first things I’d tell them is that hustle beats talent and privilege any day. And I would always use my example—from an angry fake letter to the editor to the editor’s role in 11 years, with no journalism experience whatsoever.

I saw people far more talented than me crash and burn. I saw people who worked hard but didn’t WERK have a good run, then falter when it came time to grind.

What is WERK? Hustle—but I don’t have a neon sign like the one above, so bear with my word choice.

WERK is going above and beyond hard work—no, seriously. I would tell my interns that if you’re not staying up until 3 in the morning to read through an environmental impact report for one nugget, that wasn’t WERK.

If you weren’t willing to lose supposed friends to get that story, that wasn’t WERK.

Would you go into the office Friday night at 11 p.m., even in these days of being able to work from home? No? Then you don’t WERK.

WERK is NOT all of the easy, and none of the hard—it’s the opposite.

WERK is living to work. It’s not for everyone, and I understand that.

Everyone says they work hard—fine. But do they WERK? Very few do.

If you’re willing to WERK, dreams can be fulfilled.

I’m going to Denver for a publication I always dreamed of contributing to, but whom I never dared to pitch. Instead, they came to me—and I’m now working on three longform pieces for them.

I didn’t get the gig because I had a prestigious title, or some fancy degree or imaginary prestige; I got it after a career of WERK. And they noticed.

And I’m not going to Denver for just one story. I’m doing at least three more on my way to and back—hell, just right now, I confirmed something else.

LISTENING: “Y Por Esa Calle Vive,” Antonio Aguilar: The maestro of Zacatecas backed by a mighty banda, remakes the Los Barón de Apodaca. Hearing Toño with ANYTHING banda takes me back to my dad’s Kenwood sound system from the early 1990s haha.

READING: “When Aretha Franklin’s ‘Star-Spangled Banner’ Drew a Torrent of Racial Abuse”: A reminder that the people we lionize today were usually hated by the masses in their prime. Man, to have lived in 1968…

The main thing I want ustedes to get out of my newsletter this week. For KCRW-FM 89.9, myself, Good Food Host Evan Kleiman and fellow KCRWers Nick Liao and Connie Alvarez are doing a #tortillatournament to determine which is the best in Southern California. 32 corn, 32 flour, matched up Final Four style! And it all ends with a tortilla festival Sept. 16 in Cypress Park that’s FREE. There, you’ll be able to taste our four finalists and see us determine once and for all: Corn, or flour?

See the participants and RSVP at kcrw/tortilla. See you there!

“Muslim-Friendly Al Pastor? Halal-Mex Food Rises Across United States”: The second article your kind donations were able to commission, this one by the homegirl Serena Maria Daniels of Tostada Magazine about how Muslims are loving Mexican food so much that they’re asking for it halal-style—and Mexicans are smart enough to do it.

“Have we reached a fork in the road for food criticism?”: In which the Washington Post interviews me about the future of food criticism.

“Todo Verde Wants To Decolonize Your Diet With Vegan Ceviche”: In which LAist interviews me about Vegan-Mex. Support Todo Verde, as they’ll be one of the vendors at Gustavo’s Great Tortilla Tournament!

“Long Beach’s Past, Present and Future MVP’s Grill & Patio”: In which OC Weekly’s Long Beach food critic Sarah Bennett celebrates the anniversary of her column by remembering how I hired her for it in another lifetime…

“Mario Moreno Cantinflas: 5 Fast Facts You Need to Know”: Heavy.com pulls a 2014 interview I did for NPR about Cantinflas—fascinating…

“Don’t split up California — make it even bigger”: My latest California columna for the Los Angeles Times argues the Golden State should reunite with Baja California instead of split up into three. KEY QUOTE: “More important, our respective federal governments have long treated us as freaks, as nations apart from the rest of the country due to our historic remoteness and independent spirit. Since Mexico and the United States continue to take their Californias for granted, let’s join together and show them what they’re missing.”

“Exploring The Land of 1,000 Dances”: For Alta: A Journal of California, I reviewed an amazing-yet-incomplete book about the history of Latin music in Los Angeles. KEY QUOTE: ““The Tide Was Always High” doesn’t just tell readers how L.A.’s Latino sounds influenced so much of American music, but also shows it. Chapters rumba around in various styles — dry academic prose, lively interviews, funny essays and even history as poetry in famed Chicano playwright Luis Alfaro’s recollection about the early days of gay Latino club nights.”

“The Rise and Fall of the South’s ACP Kings”: My latest column for Gravy takes on the two men who essentially founded the Mexican restaurant industry in the South. Will have more to say about this story in the coming weeks…

“Why Gustavo is doing a Great Tortilla Tournament for KCRW”: In which I explain my crazy #tortillatournament: KEY QUOTE: “But how often do you think about the tortilla you just ate. Even more crucially, do you even know what a good tortilla tastes like?”