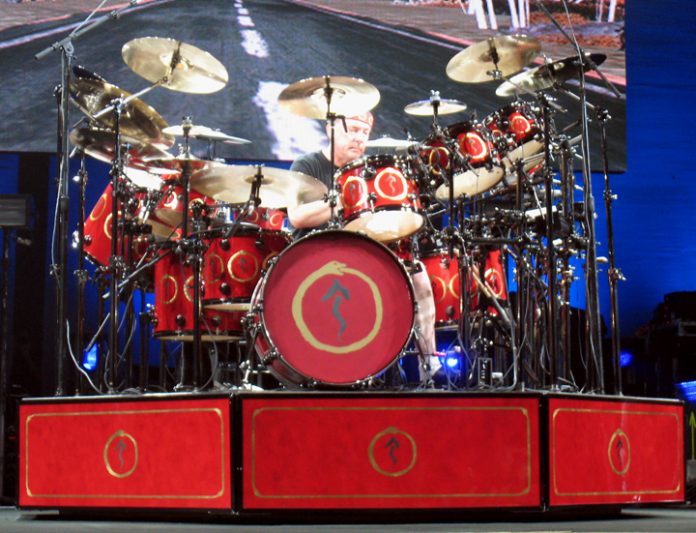 As a professor, or a teacher, or a mentor — or just someone that cares — you always hope your best advice sticks to those who hear it. So it made me happy to hear recently from a homie who shall remain nameless but who started off as a fan, became my intern, and is now a peer in DESMADRE.

Let’s just say he was in a position to help younger writers out, and he did. And the act felt familiar to him.

“Reminds me of you for paying it forward to me,” he texted on Friday. “That is all.”

Pay it forward. I bang this drum louder than most — and I bang more drums than Neil Peart. Helping, teaching, pushing people to get to a better spot, then trying to teach them to do the same, is all I’ve ever tried to do as long as I’ve been in this crazy life.

You not only better society by doing this, and better yourself — you also honor the people who taught you this most valuable of lessons. 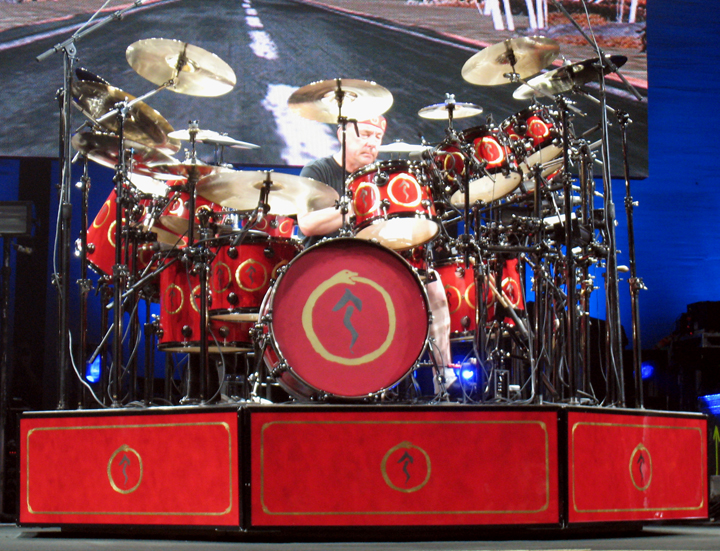 Rush isn’t my favorite band, but gotta bang those drum! By Shipguy – Own work, CC BY-SA 3.0

When I was in sixth grade, we went to what was then called outdoor ed and just still might be, if public schools in working-class neighborhoods still offer this. For a week, we were sent up to the mountains, to learn about the great outdoors and enjoy a square dance. Still the only time I’ve camped. Not interested in doing it again. HELL NO.

What I liked most about Outdoor Ed, unsurprisingly, were the stories. Every night, our chaperones would read what they said were Native American tales, but who the hell knows if they were, come to think of it.

The one that stuck in my mind 30 years later was about a chief who went to heaven and was told by the Great Spirit – the chaperone’s choice of words, not mine — that he had a choice on how to spend eternity.

Did the chief want to live it easy, and never have to worry about anything again? Or would he rather spend forever in something that wasn’t exactly hell, but a version of it: people’s arms were permanently stuck out in front of them, so the only way they could eat was incredibly messy and inefficient. People were miserable.

The chief chose the stiffed-armed afterlife.

Once there, the chief taught everyone to feed each other, instead of trying to feed themselves. This way, everyone ate full and neat, and while it wasn’t as wonderful as the paradise, the chief made his new home better for everyone.

That story, wherever it originated, resonated with me even at that young of an age. Such selflessness!

Think of how radical it is: get to the top, and teach others how to join you. Forsake the easy of accomplishment for the hard of not resting on your wins.

This isn’t some noblesse oblige bullshit. It’s like what Jesus said about praying so that only God sees you. Give so that the only person who knows is the person receiving. Give when it’s inconvenient. Give without expecting nothing in return.

And don’t look back — that’s never the point of this.

How do you achieve work/life balance?

The only goal I had for life as a kid was to get into something that would require me reading as much as possible. When I entered college, I also added a desire to make a living by telling stories. And here I am! Balance? Life is work, work is life — and I’m privileged AF to be able to say that.

But maybe that’s not the answer you want to hear. I’d say carve out a couple of things that you love — time with loved ones, or with the compas, and a hobby — and make a personal commitment to spend time on that every day, or at least once a week. As my dad always says, “El trabajo siempre va’star allí.” Work’s always going to be there. So enjoy life while you can.

IMAGE OF THE WEEK: A pack of flour tortillas from Acapulco Mexicatessen, which has provided Los Angeles with tortillas since 1945. I use them to make burritos because they’re thin and delicious — yet they only made it to the 2nd round of my KCRW #TortillaTournament, so tough the competition is!

LISTENING: “Light My Fire,” Astrud Gilberto. You can never go wrong with the Queen of Bossa Nova — but her doing the Doors classic the way José Feliciano did it? Sultry, slow-burning, and just tudo bem — puxa! And that’s about all the Portuguese I remember from my aula at UCLA smh.

READING: “Billy Wilder, The Art of Screenwriting No. 1”: My second-favorite director of all time (Kubrick is the first) gets the Paris Review treatment. Kirk Douglas recently passed away, and you’ll NEVER see a more cynical take on Americans and the news industry’s that Wilder’s Ace in the Hole. He talks just one sentence about it, but then follows with a HELL of a Claudette Colbert anecdote.

For the first time in a while, I was not cited or interviewed in a story — fascinating…

“Xavier Montes, maestro of Latino culture in Ventura County, dies at 67”: My latest Los Angeles Times obituary pays tribute to a legendary community activist in Santa Paula. KEY QUOTE: “While the tug of the bigger world out there piqued Montes, he decided to bring the world to his sleepy agricultural town instead.”

“OC prosecutor delays decision on Newport Beach sexual assault case”: My latest KCRW “Orange County Line” talks about the latest in the Shakespearean comedy-tragedy that is the rivalry between former OC District Attorney Tony Rackauckas and his Prince Hal-turned-King Henry — think about it!