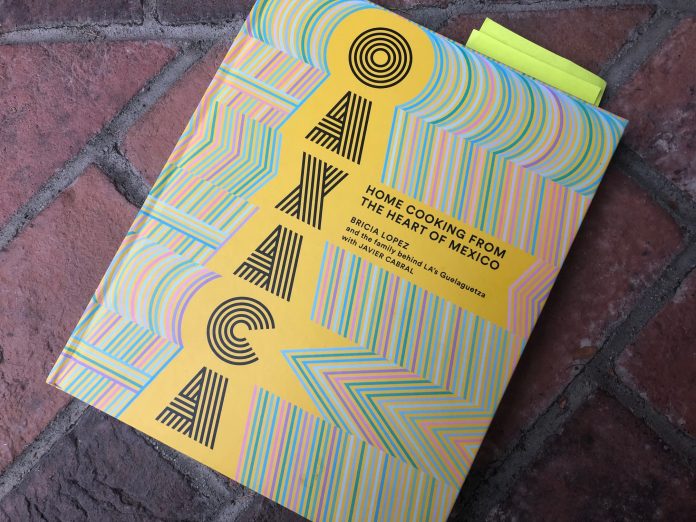 Now that Matt Bevin is no longer governor of Kentucky, I can reveal a secret: I’m officially a Kentucky Colonel.

I received the honor in 2015 from then-Governor Steve Beshear, on the recommendation of another Kentucky Colonel (only way you can get the honor) for my work documenting Mexican foodways in the Bluegrass State for the Southern Foodways Alliance.

So I have as much a right to call myself a colonel as Harland Sanders of KFC fame.

And definitely for my annual Christmas list of the books you should buy yourself and others.

I’ve been doing this for nearly a decade now — first, in my former columna, then last year in my year-long run as the Los Angeles Times’ California columnist for the Op-Ed pages. I read mostly academic books, Chicano/Mexicano stuff and foodways through the year, but I reserve the right to surprise.

From now on, I will do my annual list in my canto, listed as Col. Guti’s Christmas Book-Shopping List (you can call me Guti. You can’t call me Gus). And I will urge all of ustedes to NOT buy from the Amazon.com Galactus, but rather from your local indie bookstore, which can gladly put in an order for you.

And if you don’t have one nearby? Do it through my preferred bookstore, Libromobile, which takes orders online.

And if you don’t want to buy a book? Donate to Libromobile here.

And, as Jackie Gleason used to say, awaaay we go…

Journey for Justice: The Life of Larry Itliong, Gayle Romasanta. Fabulous book about the life of a criminally neglected Filipino-American labor leader who helped to start the United Farm Workers. It’s technically a children’s tome, but there’s enough great information and drama to satisfy any adult — and written in a plainspoken way, with wonderful drawings, that any youngster can appreciate.

Oaxaca: Home Cooking from the Heart of Mexico, Bricia Lopez with Javier Cabral. Gorgeous cookbook by the familia behind the legendary Guelaguetza Restaurant in Los Angeles. This is one of two books I’ll ask you NOT to buy from Libromobile, because Bricia will have a booksigning NEXT SATURDAY (Dec. 14) at my wife’s Alta Baja Market — details below!

Dichos! The Wit and Whimsy of Spanish Sayings, Joseph J. Keenan. The University of Texas Press always has a good eye in printing stuff that can penetrate the mainstream, or at least hit non-nerd readers (check out their food and music offerings). This one will entertain habla and non-habla people alike.

Jai Alai: A Cultural History of the Fastest Game in the World, Paula E. Morton. All the SoCal homeboys who play handball should hit up this brisk, thorough study by the University of New Mexico Press of their Basque bros’ favorite pastime, especially after going to all those quinceañeras and weddings at the La Puente Handball Club haha.

Living on Campus An Architectural History of the American Dormitory, Carla Yanni. The University of Minnesota Press is small but mighty, and they’re especially good in architectural history. I never dormed, but reading about its history and evolution proved a worthwhile experience.

A Matter of Time: Route 66 through the Lens of Change, Ellen Klinkel and Nick Gerlich. I’ve traveled Route 66 (or its rough I-40 equivalent) every summer now for over a decade, and it never disappoints. Oklahoma University Press puts out occasional studies on the legendary road that go beyond pictures to tell great stories.

The Rancho Gordo Pozole Book, Steve Sando. The best beans on earth come from Mexico, and Rancho Gordo is committed to sustainably and equitably make them available in the U.S. My wife’s store is the only place in Orange County that sells these fabulous frijoles, and the store’s pozole verde recipe gets excerpted in Rancho Gordo jefe Steve Sando’s laest book. Don’t buy this one from Libromobile, either — buy at Alta Baja starting next week!

Talking #browntv: Latinas and Latinos on the Screen, Frederick Luis Aldama and William Nericcio. From the book blurb I wrote for this: “My Dinner with Andre, except with two sassy Solons waxing wise and wacky on Slowpoke Rodriguez, Superman as Mexico’s savior, and other highs and lows of Mexican muses in American pop culture. Nomás falta the Tapatio on this intellectual popcorn!”

I have heard on talk radio that there is something “fishy” going on with the reduction of ethnic category choices.  A quick Google/Wikipedia searches resulted in more questions/confusion. I trust you are up to date on this issue and I look forward to hearing your clarification or opinion on this subject.  Knowing that Mick Mulvaney is in charge of OMB which is in charge of the Census, greatly alarms me.

Dunno if you’re listening to conservative or liberal talk radio, but both tend to throw out alarm like Thanksgiving leftovers. The only noticeable change I know for the 2020 census is that there’ll be a write-in part under “non-Hispanic” white or black for folks to specify their national or ethnic origins if they identify as such.

That said, census shenanigans are no surprise. We’re all familiar with the Trump administration’s push to ask folks if they’re American citizens. It’s not going to happen, but we all know where the inspiration for THAT came from (rhymes with “Bopercation Metknack”)

IMAGE OF THE WEEK: Virgen de Guadalupe outside a mercado near downtown SanTana. Ruega por nosotros.

LISTENING: “Mi Morenita,” Alberto Pedraza. Perhaps the most danceable guadalupana track of them all, by the man behind the legendary Grupo Kual of sonidero fame. Only pinche chilangos would put out a rola like this haha — AWIWI!

READING: “Five reasons why Luke’s Gospel is more Latino than the rest”: America, the Jesuit magazine, always has thought-provoking stories like this one — something that sounds like a gimmick and kinda is, but has a depth and wisdom that makes you better to experience it. Kinda like the Jesuits!

“OC Weekly shuts down after 24 years of production”: Cal State Fullerton’s Daily Titan talks to me about the shutdown of Orange County’s infernal rag.

“The 30 US Cities With the Most Underrated Food Scenes”: Something called 24/7 Wall St. plugs me plugging El Paso’s food scene.

“Deadline L.A.”: My Los Angeles Times colleague Howard Blume talks to me about the death of OC Weekly (My episode is the Dec. 2 one).

“The Rest is History”: Lapham’s Quarterly plugged my #Prop187 project!

“My America: Gustavo Arellano”: A general interview about my life and philosophy for the America’s Writers Museum.

“Mysteries, Monuments & Moving Meals”: Something called The Statesider plugged my Pepe Aguilar piece back in September.

“The sudden demise of OC Weekly”: My latest KCRW “Orange County Line” talks about the legacy of my former paper.

“This theater has attracted movie stars and Catalina Island residents for 90 years. Now, it may call it a night”: My latest front-pager for the LA Times talks about how the Avalon Theater is ending daily screenings, which has residents PISSED. KEY QUOTE: “It’s the latest turn in the saga of an edifice whose architects told the press back in 1928 that the theater and its accompanying casino ‘will be a contribution to western culture and architecture, rather than a business enterprise.’”