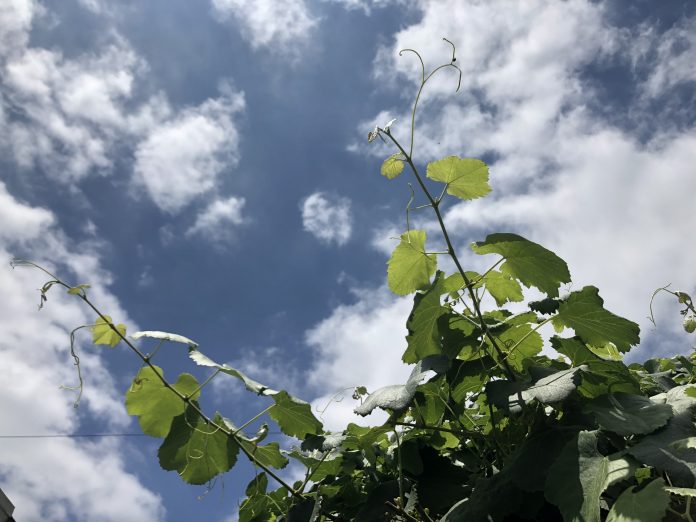 Yes, I didn’t send out a canto last week.

No, I have no real excuse… Except for the grapevines.

A couple years ago, my wife and I bought one from Tree of Life Nursery, the magnificent Eden deep in San Juan Capistrano off Ortega Highway dedicated to California’s native plans The people there told us the grape we we bought was one of two indigenous to California.

We decided to plant it in our outdoor kitchen and one post, and put a Thompson seedless on the other side. The latter has barely grown – I think this is going to be the first year it’s going to give grapes. The native, on the other hand, it’s a beast. 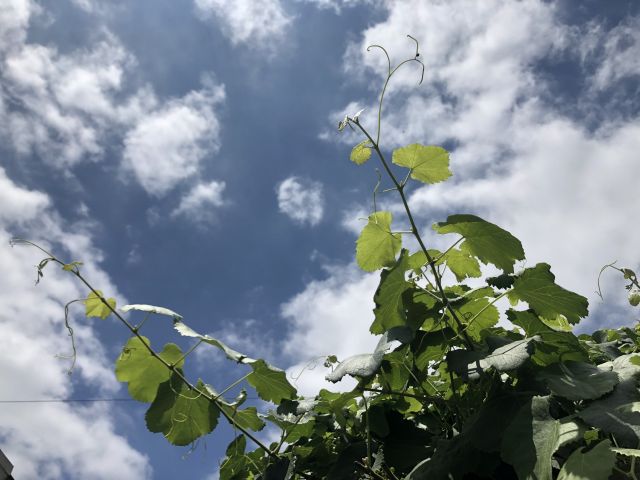 Grapevines in my backyard. They’d take down the clouds if you let them grow long enough!
First time reading this newsletter? Subscribe here for more merriment! Buy me a Paypal taco here. Venmo: @gustavo-arellano-oc Feedback, thoughts, commentary, rants? Send them to mexicanwithglasses@gmail.com

Its tendrils explode every spring, hopping over the roof of the kitchen and to our garage. It climbs up wires and gets dangerously close to powerlines. It goes into the outdoor kitchen itself to wrap around chairs and stools and grills and ANYTHING.

The uva gives a beautiful blue grape that’s tart and sweet – but you almost forget about the fruit. Because you’re so occupied with trying to hack away at all the vine lest it gets out of control.

Vines are gorgeous but scary. I had to take down a passion fruit because it was penetrating the walls of our bathroom. A wisteria took down our rain gutters.

Vines are life. You don’t pay attention to something, then one day your garage looks like the house of the Collyer brothers. And then we look at what we have, feel ashamed at the monster we let grow…and keep letting it grow. By the time we confront it, it’s far more of a hassle than it should’ve been.

This year, I’ve zealously monitored that grapevine to ensure it doesn’t get too crazy. And I’m trying to do the same with my life, jettisoning what’s unnecessary, ignoring what needs to be ignored, and focusing on getting the best fruits.

Pruning works — if we’re brave enough to try it.

What do you think about Anaheim High School’s “Colonists” nickname? I grew up in O.C. and haven’t lived there in a long time, but I thought by now that nickname would be either gone or ironically repurposed to freak out the white folks who talk about “invasion.”

Yaktivists always try to gotcha me on this one, because I graduated from AHS in 1997. And I always gotcha them with the following response: We’re named the Colonists in honor of the Mother Colony, the original settlement (nowadays the area bounded by North, South, East and West streets) that became Anaheim. Even better, that settlement was founded by German immigrant socialists who wanted to make wine. Can’t get better colonists than THAT. 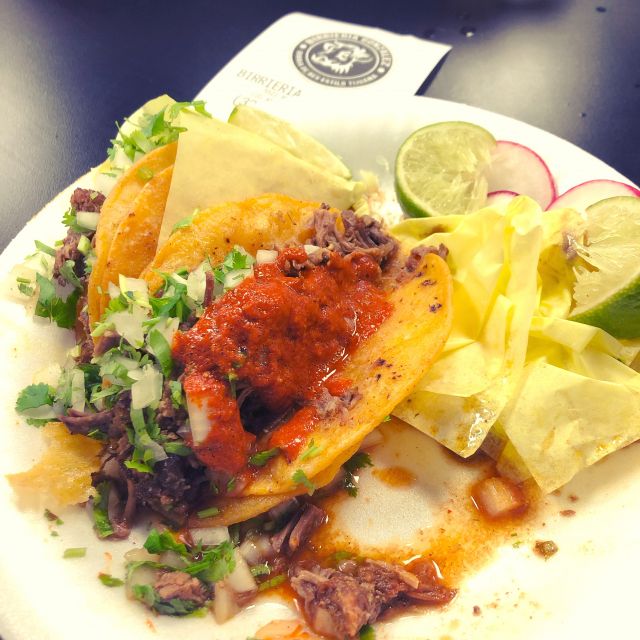 READING: “Not Enough Delilahs”: The London Review of Books always has great essays masquerading as reviews, and this is what happens with a take on legendary New Yorker writer Lillian Ross’ book about the making of The Red Badge of Courage that turns into a meditation on Ross and her craft.

“Sneaking Back Into Mexico The North Carolina Food & Beverage Podcast”: I get a shout by the guys behind the James Beard-nominated restaurant The Cortez, a fabulous Mexican-Southern seafood spot in Raleigh — yes, Raleigh!

“Is Chipotle Actually Good?”: Ever-kind Thrillist (for which I’ve contributed to in the past) shouts out my Chipotle takedown. I still want to know why they shout out Atlanta so much!

“Don’t be cynical about a muralist’s gift to fire-ravaged Paradise”: An LA Times reader says kind words about a story of mine from a couple of weeks ago in arguing the importance of art for society.

“Give Raul Ruiz his due — he was also an important scholar”: A retired professor of Chicano studies at Cal State Northridge says I didn’t emphasize enough the scholastic achievements of the late, great Raul Ruiz — it happens!

“In Andy Ruiz Jr.’s underdog win, the Imperial Valley sees a ‘Rocky’ story of its own”: My latest front-pager for the Los Angeles Times takes stock of what the heavyweight champ’s victory means to the Mexicans in his home region. KEY QUOTE: “It creates opportunities for us,” he said. “The moment right now is great, but it’s the future that has me excited.”

“OC Line: Judge Carter ousted from South OC homelessness case”: My regular KCRW commentary on all things Orange County from two weeks ago, talking about one of the most outrageous class-conflict volleys in the annals of OC — and that’s saying something.

“OC Line: Sheriff’s Department keeps getting more money for the same services”: Another KCRW commentary, this one about the ever-ballooning budget of the OC Sheriff’s department while funds for social services continue to get axed.