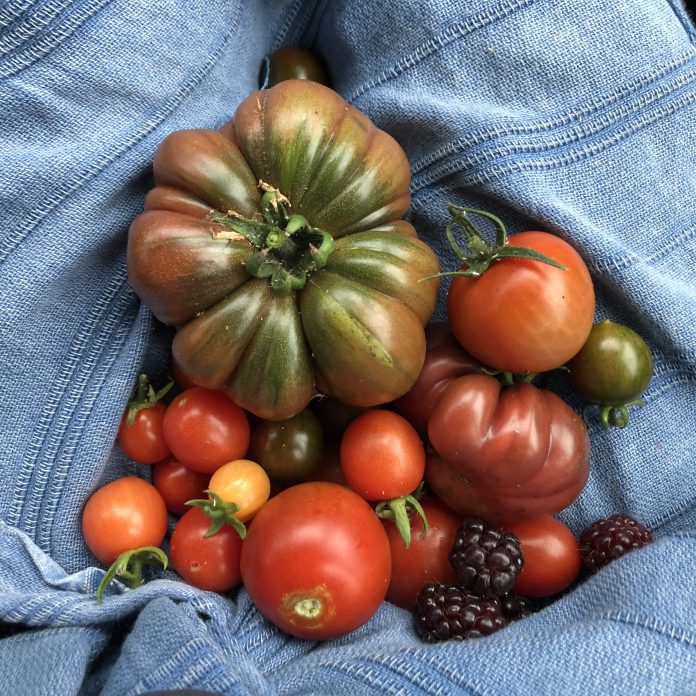 I guess I could say I have excuses. Had to write a last-minute obit on Friday, then stuff myself like Snorlax on Saturday for the inaugural edition of Bill Esparza’s Taqueando festival, a beautiful taco pachanga for which you should buy tickets next year NOW.

But no excuses! I’m late, and I’m sorry, and I need to do this one short. To atone, I’ll share with you one of my favorite sayings: Don’t count your tomatoes until they hatch. 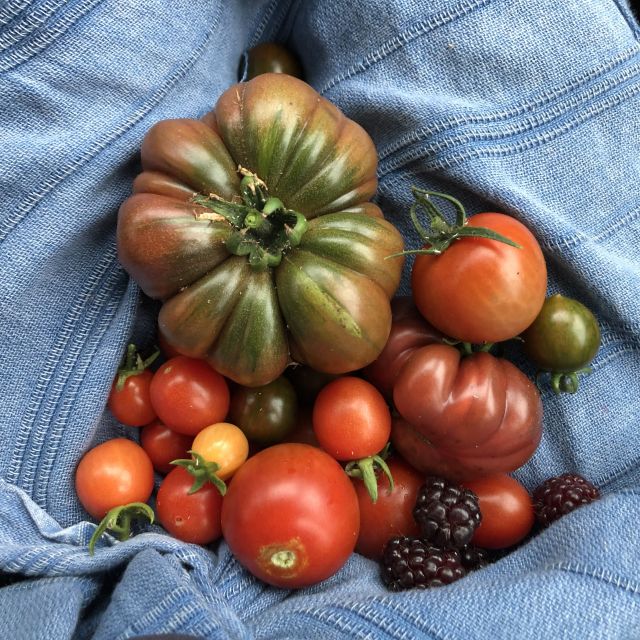 Got an army of ladybugs to fight off those damned whiteflies. Photo courtesy of Puppy Strong Farm

First time reading this newsletter? Subscribe here for more merriment! Buy me a Paypal taco here. Venmo: @gustavo-arellano-oc Feedback, thoughts, commentary, rants? Send them to mexicanwithglasses@gmail.comIf you know me well — or you regularly listen to my “Orange County Line” commentaries on KCRW, you’ll know I always mix metaphors and slay similes. Yogi Berra, Samuel Goldwyn AND Ringo Starr have NOTHING on my malapropisms.

Some of my best: “I leaves away” (I’m leaving). “Nose-to-snout” (instead of nose-to-tail). Puppy essence. And other random weirdness that always cracks up KCRW host Steve Chiotakis and my family.

But I’ll stand by “Don’t count your tomatoes until they hatch” forever, because it’s LYFE.

Above is my first tomato harvest of the season — looking good so far!

It’s nothing less than a miracle.

My tomato harvest last year was terrible. I wasn’t even planning to plant any this year, because I needed to rotate crops on my soil. But a friend bought us a bunch of heirlooms so I decided to risk it.

They’ve grown wonderfully so far — but they were growing good last year, too, until they didn’t. They’re tempermental fuckers unlike, say, beets, which grow year-round and grow BIG.

Don’t count your tomatoes until they hatch. In other words: Don’t count on anything until it happens.

But you should count on my newsletter to appear in your inbox on Saturdays. As Control Tower Randy would say, “UGH…”

Which region of Mexico has the cuisine you like best?

Zacatecas — DUH. Cheese, nopales, tunas (the prickly pear cactus), pumpkin seeds, and the mysterious acualaistas. But it’ll never get any stateside or even Mexican shine because hipsters don’t even know what Zacatecas is smh. That’s fine — more food for me!

That said, all of Mexico’s regions have fabulous food — it’s Mexico, after all. 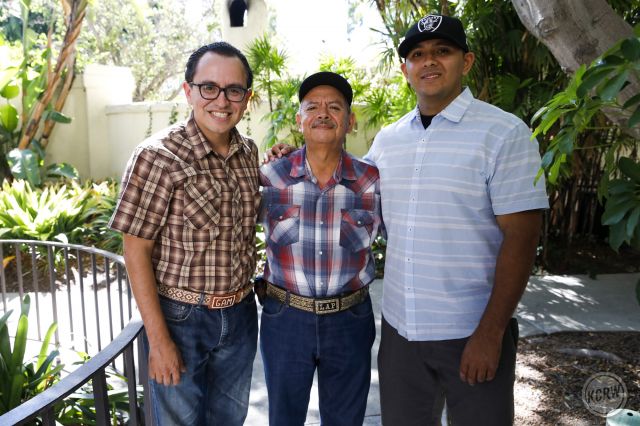 IMAGE OF THE WEEK: Me, my brother, and our dad at last year’s KCRW Tortilla Tournament. Posted in honor of Father’s Day, but also because I’m scouting for tortillas! Where are your favorite in Southern California?

LISTENING: “Te Quiero Dar,” Natalia LaFourcade. The Mexican chanteuse is getting a lot of hipster buzz, between her tracks all over the Starz soaper VIDA and her upcoming appearance at the Hollywood Bowl. But I remember her first album, when many dismissed her as a fresa. I’m proud to say I didn’t, and this was the song that convinced me she had something — pop-rock-y, bossa nova-y, with a hell of a voice.

READING: “Masters of the Universe Go to Camp: Inside the Bohemian Grove”: SPY Magazine was before my time, but that’s all my journalistic mentors would ever talk about — and articles like this 1989 classic show why.

“Supporting the Santuario”: Another letter sent to High Country News about my piece about the Santuario de Chimayó.

“RCCD Colleges to Award Nearly 10,000 Degrees and Certificates”: I appear in a press release haha.

“‘Tajín Is a Lifestyle’: An Appreciation of the Mexican Seasoning Mix”: A quote I gave to the New York Times about Tajín makes it into the headline.

“Artistic L.A. trucker transforms road grit into truck masterpieces”: The ever-awesome Boing Boing shouts out one of my stories, which you can read below.

“Hot Pepper Advocate”: My latest piece for Alta (where I’m a contributing editor) features a Laguna Niguel lawyer who gives away ají amarillo plants to chefs across the country. KEY QUOTE: “Over the past few years, he has become California’s ají amarillo whisperer, gifting his harvest and plants to acclaimed chefs and home cooks alike. In 2018, he gave away roughly 150 pounds of his prized crop and over 100 seedlings.”

“Da Vinci of dirt? Road grime fuels this L.A. trucker’s rolling masterpieces”: My latest front-pager for the Los Angeles Times profiles a troquero who does portraits in the back of his vehicle with the dirt that accumulates. KEY QUOTE: “And so, every other week since, the short-haul driver has offered a new painting to commuters across Southern California, using only the dirt and grime that collects on his troca.”