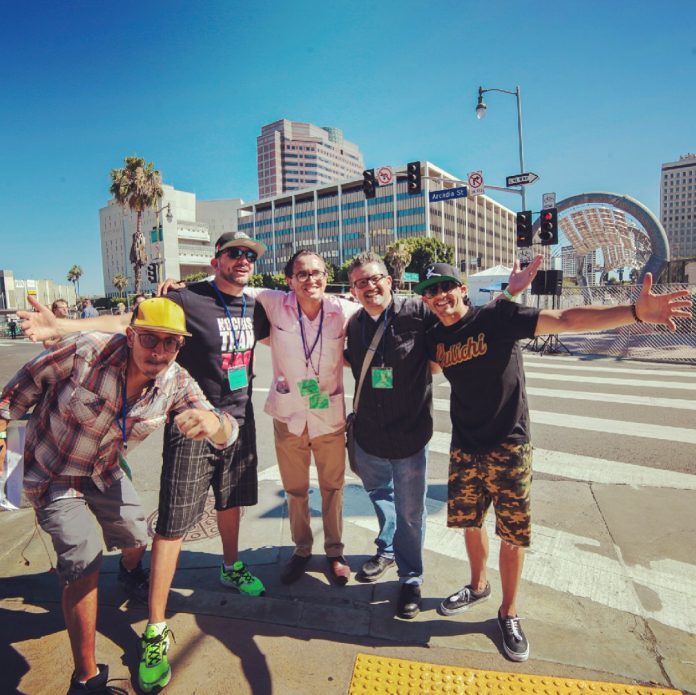 Gentle cabrones:
Are you into Marie Kondo? I’m not.
Scratch that: I’ve never seen her show, so I can’t say if I’d like it. But I don’t need to watch. The only real clutter I have in my life are books — so many that I’m only up to cataloguing 1,000 of and have about twice of that to go.
But that’s my profession — and the best reporters have desks and offices that look like the house of the Collyer Brothers.
Clutter ain’t a thing for me — because I’m a gardener.
And any gardener worth their weight in earthworm castings knows you need to prune and rotate and clean up at all times to ensure the best harvests.
And, most importantly, you need to pull the weeds. 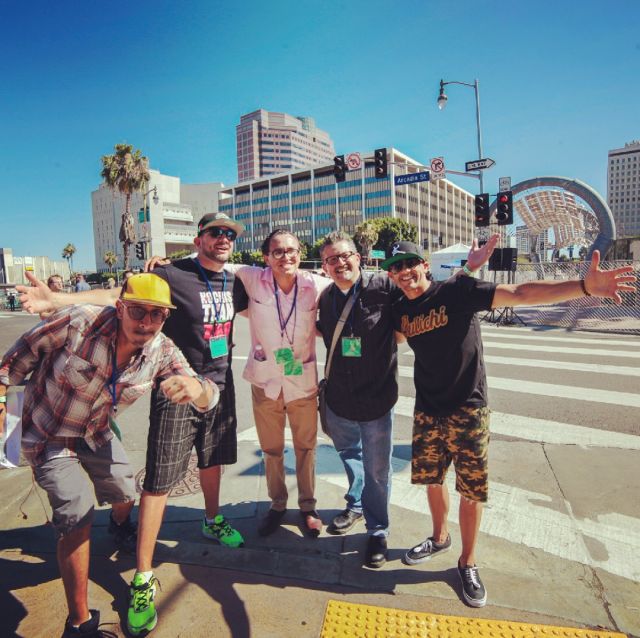 Me and Beto Durán at Bill Esparza’s late, great Tacolandia in 2017. At far left is LA Taco editor Daniel Hernandez; to my right is Lalo Alcaraz and Rox Arroyo — all of us weed pullers, maybe one of us a weed smoker haha. Definitely not me — never done that in my LYFE

First time reading this newsletter? Subscribe here for more merriment! Buy me a Paypal taco here. Venmo: @gustavo-arellano-oc Feedback, thoughts, commentary, rants? Send them to mexicanwithglasses@gmail.com
I actually love being among the weeds. Having an entire backyard choked with them and spending hours pulling them, trimming them, but especially talacheandólas is a sort of mediation.
But that approach is wildly inefficient. It’s always best to just whittle away at a problem — or, better yet pull a weed the moment you see it poking out of the soil. You don’t want those weeds to grow, then explode and take away all the nutrients from your soil in the process. And your time.
Amazingly, I only really realized this last year.
I had pulled out all the personal weeds over a decade ago. Got rid of supposed friends who really just lived to leech off of me. Got into a workplace environment where people supported me instead of ugly-cried over my success out of jealousy (no, seriously: that happened).
I’ve been blessed with no personal drama ever since.
But last January, I learned a valuable lesson from Beto Duran, radio announcer extraordinaire (and fellow zacatecano — but he’s a fresa, and I’m a nopal). I was in the middle of some Internet tomfoollery, and had just given to Beto the only at-length public comments I’ll probably ever say about it. He had long told me to just ignore the haters, which was a hard thing for me to do — and now, I had to.
The weeds had won.
If you know my professional work at all, you’ll remember that I loved to get into the mud with losers. My wife and others always said it was a waste of my energy, but I never listened to them – because I had way too much fun doing it porque soy malcriado like that.
But after I lost my job, and after Beto talked to me on and off the air, I decided to pull those hater weeds too.
Oh, I still acknowledge them — as a reporter, you should, because anyone who reads you did you a favor. And every once in a while, I gotta throw a jab — it’s like that Simpsons episode when Bart HAD to throw a a humongous tomato that Lisa had grown at Skinner’s butt.
But there are far more important things to do. And Beto was right: Once I got rid of those haters, I had a 2018 for the record books — and my gig at the Los Angeles Times.
The weeds ultimately lost.
So pull the weeds in your life, people, and plant your seeds. Tend to your garden. You don’t need Marie Kondo to tell you that. And, by the way, #betosabe
GRÍTALE A GUTI
This is the newish feature where I take your questions about ANYTHING. And away we go…

I am coming soon to Ventura County, a place I know little about ( I live in Holland and am from the SFBA, while more recently mi familia was all in Davis (Sac area). They have since relocated to Oxnard and Ventura. Dad is getting up there in years, but our favorite Father-Daughter activity is finding great authentic cantinas to indulge in our chile verde, sopes, and whatever! Pray tell me what your recommendations for that area are? If you have any! 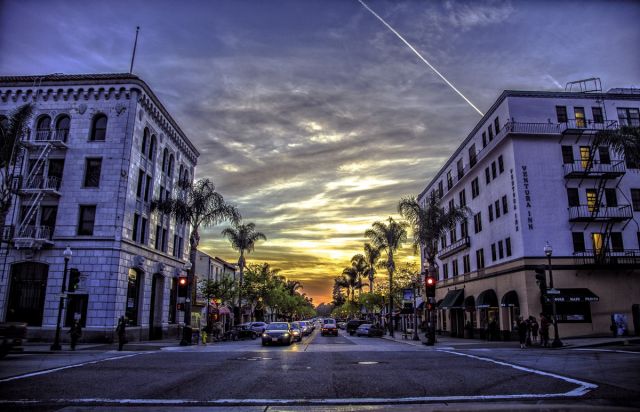 Downtown Ventura. Photo courtesy of the City of Ventura
Love Ventura — can’t get enough of the city, and it’s still somewhat affordable. Google “Downtown Ventura Staycation,” and you’ll find as the second result a story I did for my former employer (I’m not linking to it here). I still stand by all my choices then, and would add Cuernavaca (1117 N. Ventura Ave., Ventura, 805-653-8052) or great Morelos-style tacos and a trip to the Ortega Adobe (215 W. Main St, Ventura, 805-658-4726) to learn some Mexican food history. But if you want “authentic” Mexican; you’re talking to the wrong guy. I hear Rick Bayless knows his stuff on that?
Got a caliente question? Grítale a Guti here.
**
Enough ranting. This was the semana that was:
LISTENING: “Underneath it All,” No Doubt. I actually don’t care much for Anaheim’s most famous musical group, but I’ve defended Gwen Stefani’s right to be a wannabe bindi-wearing ska chola more often than not — including this week. if I had to pick a No Doubt favorite, it’s this one — gentle, swaying, with horns.
READING: “The Democrats’ Dilemma”: Really good Politico piece on the civil war that’s about to hit the Democratic Party and probably lead to Trump’s reelection in 2020…

“California Playbook”: The daily morning Politico newsletter on all things Golden State called one of my stories this week a “Great Read” — WHOA…

“What we’re into: Chicano egg-breakfast bliss at La Carreta in East L.A.”: My latest for the Food section of the Los Angeles Times dives into a beloved Eastlos spot. KEY QUOTE: “The most famous dish from this strata of Cal-Mex cuisine is huevos rancheros, and they’re saucy and runny here — and just one of 14 ways to enjoy their huevos.”

“As pigs await slaughter at Farmer John, strangers offer water, love and comfort to the doomed”: My first-ever Column One for the LAT takes on twice-weekly happenings outside the Farmer John plant in Vernon. KEY QUOTE: “For two minutes, the scene played out like a day at a petting zoo or county fair. Then Benperlas stepped away from the semi-truck, and Farmer John opened its gates.”

“Rick Walters, grizzled sage of Southern California tattoo culture, dies at 73”: I do an obituary about a tattoo legend. KEY QUOTE: “As tattoos became mainstream, and a new generation of artists tried to reconnect with their trade’s outlaw days, they flocked to Walters for equipment advice and style tips as well as uproarious tales of years past, all told in his laconic, foul-mouthed style.”

“5 South OC Cities Sued over Intransigence on Homelessness”: My latest KCRW “Orange County Line” takes on stupidly stubborn South OC and its belief that homelessness belongs in SanTana, not their hallowed bubble.