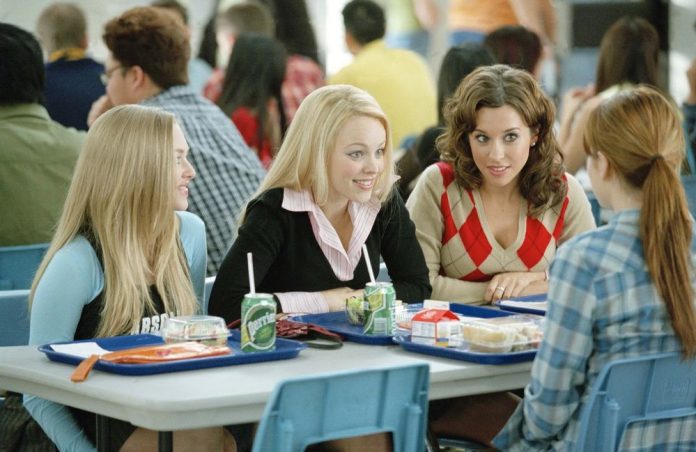 The embarrassment that is the Lebron Lakers — and I’m a Lebron fan for LYFE.

Those are just the bigger issues. On Facebook (which remains the most confessional of the social media platforms), I see many of my pals fret about family, careers, politics, global warming, health and much more. The Holden Caulfield in me wishes I could rescue each and every one of you

But I can’t, damnit.

Especially when it comes to journalism.

I was talking to a pal who felt conflicted. On one hand, she got her byline in a major paper for the first time, so she was proud. But the experience was rough. The editor wasn’t good, and didn’t turn her story into a better one than the original draft.

So she felt deflated, defeated, and asked for advice.

And my response was simple: Don’t let them win. 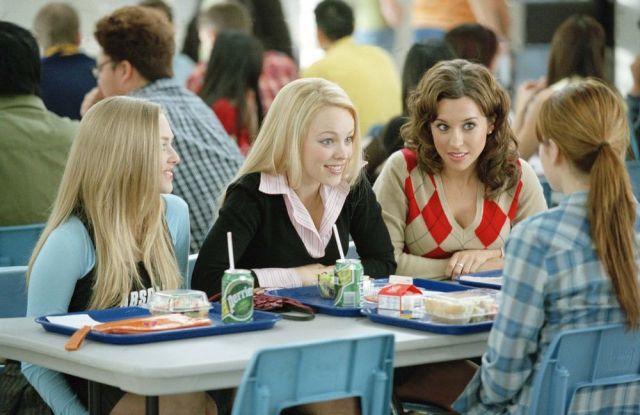 I’ve never seen Mean Girls, but I have heard about the Plastics…Copyright Paramount Pictures

I started to realize life isn’t fair at the start of 8th grade at Sycamore Junior High in Anacrime. In 7th grade, all the cool boys (one of whom was a childhood friend) dressed in paisa versions of Tommy Bahama shirts — kinda floral, button up.

I thought it was a dumb style, but I desperately wanted to be cool. So I had my mami buy me clothes just like that, even though she thought the style was ugly.

First day of school starts, and guess what? All the cool boys were now dressing like taggers — big, baggy shorts, long striped T-shirts, with hair parted down the middle.

So I immediately flipped to that style — and looked like a fool. And the cool boys told me so. Oh, how it hurt.

That’s when I realized the powers-that-be (not Halberstam’s, mind you) not only didn’t care about you, they revel in you feeling down on yourself because of them.

In 9th grade, I vowed to never care again what the pendejos-that-be thought of me or how I lived my life.

And it’s been uphill for me ever since.

I relay this teenage angst to get to a bigger point. Power — whether it be the Chicano male version of The Plastics, government, a person, WHOEVER OR WHATEVER — exists to not just uphold itself but to make the lives of those with no power miserable.

And power almost always wins. Hence, most of life is a trudge of misery.

But just because power almost always wins doesn’t mean you should give up. Far from it.

A boss recently asked me if I was a pessimist or optimist, and I replied the latter. You have to, I replied, because if you have no hope, you might as well be done with it. If you don’t think you have even a slight chance, you’ve already lost.

And it’s in those insurmountable odds that you should draw your own power to fight.

And that’s how you don’t let them win.

Resistance of any kind is a victory. Refusing to be afraid is a win. Happiness and laughter in the face of horror? The ultimate ¿y que?

I’ve lost in things, sure. But I’ve already won in life. Because I’ve been a Free Folk since 9th grade. Proud that I’m the spiciest cog in the machine — and while that machine will most likely outlive me and the rest of us, every once in a while, I give it Montezuma’s Revenge.

And, if by chance, you do end up winning and you’re the one in power? Heavy lies the crown…

Have you ever been to Minnesota? What’s it gonna take to get you up here for a visit?  (Not during the winter, obviously; it’s snowing like a son of a bitch as I type this from the comfort of a solid local blue-collar bar) 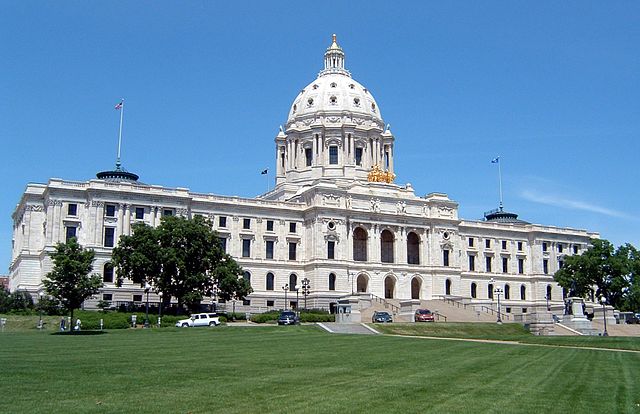 No Twin Cities…yet. Photo in Public Domain.
I have! Back in about 2009 or so, I spoke at the University of Minnesota – Morris. Talk about a trip! I flew into Fargo, got picked up by a nice older man, then drove 2 1/2 hours to the small school in the central part of the state. Hung out with Chicano students there, and discovered the taco pizza — a slice topped with Fritos and Pace Picante Sauce, an encounter that proved helpful to Taco USA. Audience was small, but I got paid, so I was happy.

I’m always down for speeches. In general, I do K-12 and community groups for free from Oxnard to San Bernardino to Santa Clarita and San Clemente. I’ll drive up as far as Bakersfield, Victorville, Santa Barbara, and San Diego if my gas is covered. Anything outside of that, I charge a fee, transportation, and lodging on a sliding scale based on whether you’re a MEChA or Oscar Mayer, where I spoke at back in 2012 or so.

Interested? Hit me up, and let’s talk. But I ain’t doing speeches through at least June, because I’m working on…something. Details to come.

LISTENING: “As,” Stevie Wonder. I was listening to this at work, and one of my jefes said he also loved the song. Then he suggested I try to hit up Stevie and do a whole story about this masterpiece — YES. Huge, soulful, long, poetic — Stevie at his second-best (“I Was Made to Love Her” remains the top of the pops for me)

READING: “Gentrification, School Closings, and Displacement in Chicago”: Sad, but true — but the South Side ain’t going to let Rahm win.

“The Lost City of Aguachile”: Fabulous article about the origins of one of my favorite dishes of all time, in which I’m quoted.

“East Bay Express publisher’s return met with scorn”: Quoted in article about loser publisher. Hey, Stephen: Gary Webb hasn’t forgotten, and nor has the rest of us.

“Flamin’ Hot Cheetos: The Humble Beginnings of a Junk Food”: Lot of good quotes by me in this great series.

“Gustavo Arellano: speechless for the first time ever”: KFI’s Aron Bender interviews me for 45 minutes about my career and is piqued by my obsession for Orange Bang!. You can tell I’m finally mature, because I didn’t bumrush JohnKen while they were on the air hahaGustavo’s Stories