Everyone has their confessor, if not multiple ones. On the academic side, my keeper of secrets is Cal State Fullerton Chicana/o Studies professor Alexandro Jose Gradilla.

He’s important in my life for many reasons. Not only is Gradilla a compa, he also gave nice quotes about me in stories that introduced my former columna to the world and also announced its finis. He allowed me to teach at Cal State Fullerton for years, when the profe jefe was head of the Department of Chicana/o Studies.

We haven’t seen each other in a while, but Gradilla always responds almost immediately to my texts when I have questions about how to be a great professor.

Recently, I shared with him a story about a former student of mine at Orange Coast College, where I teach the Intro to Journalism class. He was a young snotnose who, during our second class, openly questioned me in a way that was rude yet intellectual. I was taken aback by his intransigence, but also intrigued: this kid was smart, if misguided.

My response must’ve resonated with him, because he stuck with the class — and got an A.

I told Gradilla how my student had randomly run into me on campus a couple of weeks ago, and proceeded to profusely thank me for my class — how it had not only taught him a lot about journalism, but also about LYFE. And that he decided to take the next-level journalism course, all because of me.

I told Gradilla how I was humbled by my former student’s drive, and that it always amazed me how the students you expect the least from sometimes turn out to be those who learned the most.

“That’s why you always plant seeds,” my profe jefe said.

And I thought: That’s RIGHT. 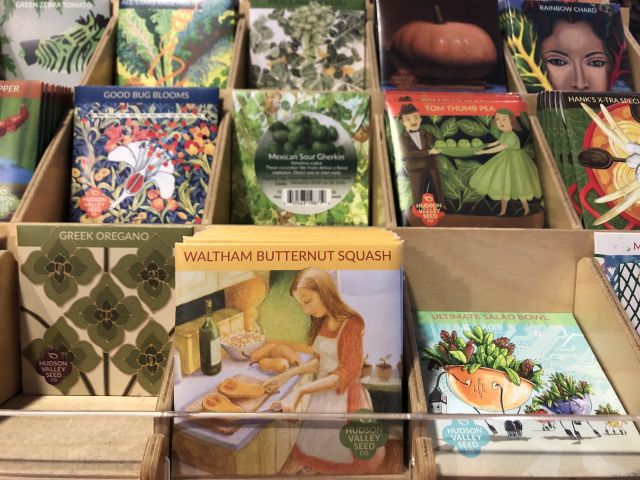 Seeds on sale at my wife’s Alta Baja Market. That Mexican sour gherkin one, in particular, is a giver!

It’s already a weird growing season here in Orange County. Something’s wrong with my apricot tree, because its buds ain’t going to give much even though estan brotando on the branches. I already have two blooming sunflowers, even though their time shouldn’t be until June.

But my ñangapirí tree is blooming AF, and un chingo de peppers are sprouting all over my garden (I can’t tell at this point if they’re going to be chiltepín or ají amarillo — WHOA…).

Gardening is a lot like teaching. You can try to nurture as much as possible, and it might be all for naught. Conversely, you can neglect like crazy, and sturdy plants will nevertheless grow.

That’s why you NEVER stop giving it you all. You water and fertilize and tend to each and every seed/student as if it was the only one on Earth that mattered.

You do this even though you never really know if a seed will sprout.

But you still do it — because of that possibility.

I’ve taught for nearly a decade now, and have given public speeches for nearly 20. Few things bring me more professional joy than having someone tell me my words affected them. I don’t need validation from anyone — but it’s still nice to hear.

Because it shows that you’re doing something right. And that someone listened.

I still get students from a class of an ex of mine where I repeatedly lectured 15 years ago randomly hitting me up on Instagram and thanking me for the words I told them back then.

Years ago, I heard from a student at Magnolia High School in Anaheim, who was at a school assembly where I spoke and students were openly rude to me. But I still gave it my all, and the student told me that my words those days inspired her to go for her dreams of becoming a nurse. And she felt bad for the students who didn’t listen.

I always hear from Julio Arana, a great realtor who took two of my Chicana/o Studies classes at Cal State Fullerton, and always gives me props for stuff I taught him (he got As, of course).

And just this Friday night, I heard from another OCC student who was at my wifey’s store, where she’s apparently a regular. I was washing dishes but stopped to talk to her. She was also inspired to take another journalism course, but — more importantly — thanked me for pushing her and others in the class.

“I just hope that you hear this more regularly,” she said. “You make a difference.”

Your mitzvah for the week: thank one person who planted a seed in you years ago, from which emerged your eternal harvest.

So thank you, profe jefe Gradilla. 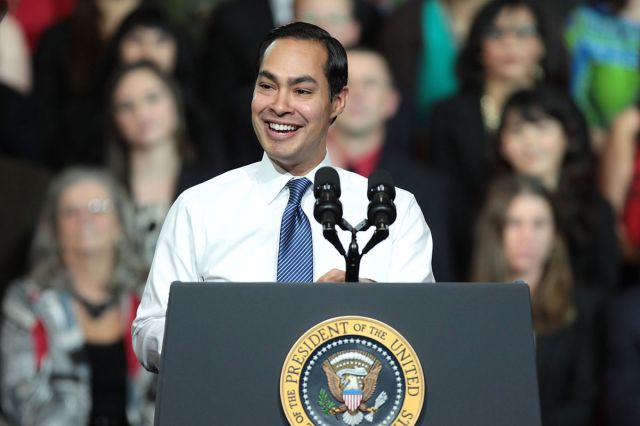 I think I’m going to go with the above name as the title for the Q & A part of my canto, where I answer your questions about ANYTHING. I’m a sucker for alliteration, and I’d rather people call me Guti than Gus haha. Don’t know what grítale means? Learn habla already, damnit!

Anyways, this one’s a two-parter:

With the 2020 presidential election already in full-swing, I was curious to hear your thoughts about Julián Castro. He’s a long-shot, certainly, but how do you think the Dems, and Americans more broadly, will receive a Mexican American candidate? What would it mean if he were to win the primary, to run against Trump?

The other interesting thread in this campaign is the role of Spanish. Castro, the “Latino” candidate, does not speak fluent Spanish, and candidates like Corey Booker have actively courted interviews from Univision. What will the role of Spanish in 2020? Will Castro’s Spanish help, or hurt, his electoral prospects?

A volunteer for Castro’s campaign got in contact with me a couple of weeks ago, wondering if she could talk to me about how he can resonate in Los Angeles, where he’s campaigning this weekend. I told her that all the general Latino public in Southern California knows about him is that he’s a twin, he’s from San Antonio — and he’s still learning his Spanish.

That makes him the object of piedad among many Mexican American voters — of pity. And if that’s how Castro’s ostensible base feels about him, imagine the American public at large? This is, by the way, why raza can’t have nice things.

LISTENING: “Ella,” José Alfredo Jiménez. I’m not heartbroken or anything, but choosing this masterpiece by Mexico’s greatest songwriter allows me to plug “Los Cuatro Gallos,” a show on KFWB-AM 980 La Mera Mera that airs every day at 4 p.m. highlights the songs and stories of Mexico’s Mt. Rushmore of died-too-young ranchera singers: Jorge Negrete, Pedro Infante, Javier Solís, and Jimenez. Yesterday, they aired an interview with Miguel Aceves Mejia (another awesome singer), who said that when a young Jimenez asked him for an audition “Era el tipo que no sabia…NADA.” Jimenez didn’t know chords, or even the concept of rhythm. Instead, he got up and sang “Ella” — and historia was made.

READING: “Toni Morrison, The Art of Fiction No. 134”: I have never read any Toni Morrison, mostly because I don’t read much fiction. But I always enjoy profiles about her, because her quotes are always brilliant. So to find this 1990s sitdown with her for the Paris Review was a pleasure. Now, if she could just stay away from David Icke…

Thursday, March 7: I’ll be at the Huntington Library moderating a discussion titled “Busted: Brash New Stories from Texas and New Mexico,” featuring two authors and their scintillating books on southern New Mexico and the Permian Basin. It’s at 7:30 p.m., and the lecture is FREE — but you’ve got to RSVP in advance, so DO IT DO IT DO IT.

“‘Interview with a Mexican’ prepares for first Northglenn performance”: A play based on my life is getting a staging in a Denver suburb.

“Mexican Hamburger”: More me in Denver, courtesy of Atlas Obscura.

Gustavo Arellano - May 21, 2020 0
Gentle cabrones:Greetings on this unprecedented Thursday morning: first time I've sent out a full canto on a day that WASN'T a Saturday...

Gustavo Arellano’s Weekly, Canto CVIII: Be Like the Third Cochinito