Home Desmadre Canto XXXVII:...
Facebook
Twitter
Pinterest
ReddIt
Email
Print
Gentle cabrones:
Greetings from San Jose, where the California debut of the play based on my career, Interview with a Mexican just happened last night to a sold-out crowd at MACLA.
San Jose? San Jose.
This is just the fifth time I’ve ever visited the capital of Silicon Valley, and three of them were through MACLA (once, I flew in to go speak at UC Santa Cruz; another time was at a convention of the National Association ofHispanic Journalists, where I got so borracho off free Jim Beam that a bouncer tossed me down a flight of stairs. It happens).
Interview with a Mexican is concluding a successful four-city run, and there’s interest in bringing it to New York, New Orleans, San Antonio, and maybe even San Diego and Berkeley.
But not my homeland of Orange County, California. It happens.
When I landed at San Jose International on Thursday, I was still trying to figure out why San Jose, of all places, would be interested in hosting me. Denver and Albuquerque, two other cities that held the play, are sites of my biggest fan bases, and Denver’s Su Teatro commissioned Interview with a Mexican; Pueblo is Denver’s older sister.
But San Jose?
My columns never came out here. I’ve never written about the city. I have no family or close friends in the region.
Would people even care? Would people get what I do? Why would strangers even want to hear what I have to say?
It’s no moment of insecurity on my behalf but rather an honest question. I get it: I’m not everyone’s cup of canela.

But it was a question that San Jose easily answered. 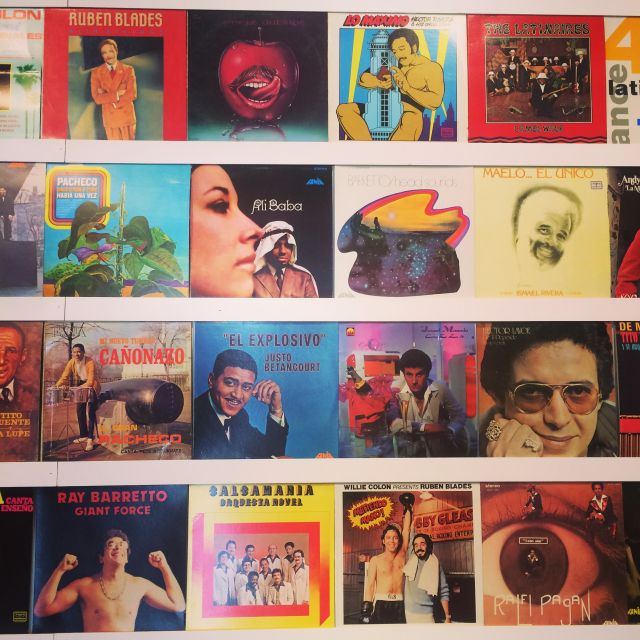 A wall of Nuyorican album classics at MACLA. RAFI PAGAN!!!

Friday morning, I appeared on Forum, KQED-FM’s long-running public affairs show. I thought it was gonna be a short interview to plug the play.

It ended up being an hour.

Queena Kim, a reporter I’ve long admired, got to interview me. We talked politics, Orange County, assimilation, my career, Paw Patrol. I took live phone calls, including one in Spanish that thrilled the producers – hey, I got to sneak in some Spanish into public radio!

A lot of the listeners thanked me for being me, even though they had never heard of me. A lot of them are going to show up this weekend to MACLA. A lot of them now follow me on my various social media accounts.

I didn’t try to play to the crowd; I was just me.

I went to a MACLA donor dinner right before the play. I saw faces familiar – hi Antonio! Please don’t forget to tell me about Sanchez! – and new. I gave advice to a freshman poet, and she thanked me profusely.

The visit was a success. And now, San Jose will forever serve as a lesson.

Sometimes, we wonder whether people are paying attention, whether our work translates. I’ve always believed in maintaining one’s ideals, of offering a seamless garment of work that always adjusts but never fundamentally changes. No soy monedita de oro, you know?

More people should believe in their puppy essence. Should trust in the strength of what they have to offer. And San Jose proved that anew.

LISTENING: “El Picket Sign”, Teatro Campesino: Before the play, I joined Su Teatro to go offer our support to  striking Marriott workers. Su Teatro head Tony Garcia busted out this Chicano movement classic, which none of the workers knew. So we ended up singing “El Rey” instead. Hey, labor activists: gotta teach huelgistas the rolas of el movimiento and the Wobblies, you know?

READING: I forgot to send out what I was reading last week, so here are TWO recommendations:

“The Strangest Form of White Flight”: A working-class black Atlanta suburb is about to get eviscerated as gabachos create their own city—all because a woman wants a Cheesecake Factory in town. A master class in letting the subjects of a story hang themselves by their own petards (CLICHE ALERT).

“The War Inside 7-Eleven”: Bloomberg offers yet another great business story with great characters, infuriating corporate bullshit, and ICE.

My eighth-grade dreams will finally come true. It’ll be at McKenna Hall in the evening—obligatory Touchdown Jesus photo to come.

“This Taco Bell Burrito Is Fast Food’s Best-Kept Secret”: I point out to Thrillist that their chili cheese burrito isn’t anything new.

“These Are the 12 Best Birria de Res Tacos in Los Angeles Right Now”: L.A. Taco gives me a shoutout in my favorite meat style of them all.

“MACLA presents live performance based on the work of Gustavo Arellano”: Silicon Valley Metro previews Interview with a Mexican.

“California’s Orange county now closer to blue than red after midterms”: The Guardian cites my work on—what else?—Orange County, calling me one of its “most astute political writers.”

“Gustavo Arellano’s ‘Ask a Mexican’ Column Inspires Play About Food, Stereotypes”: The long-running KQED Forum interviews me for a whole hour about my career!Gustavo’s Stories

“Feds Charge Violent Neo-Nazis — But Orange County D.A. Only Charges One of Their Victims”: My latest for Capital and Main exposes how former (HELL YA!) OCDA Tony Rackauckas is going after an antifa because she slapped a white supremacist twice after he called her a “fucking bitch.” KEY QUOTE: “However, the California State Parks rangers’ reports about the Huntington Beach rally proved to be mostly useless. Not only did the OCDA decline to prosecute Aguilar’s friends, despite the rangers’ requests, but Rackauckas later dropped an additional battery charge against Aguilar because rangers misidentified her as the perpetrator in another alleged assault.”

“The Orange County Results: A King Lear Tale in the DA’s Office, and a Latina Trump Card”: My latest for L.A. Taco breaks down what happened Election Day in OC. KEY QUOTE: “While election results haven’t been verified, five of Orange County’s seven congressional seats seem in the hands of Democrats — a historic moment, indeed. But other local races show that the lords of OC still have some fight to them, even if the old Orange County is now officially dead.”

“An obituary for old Orange County, dead at age 129”: My latest California columna for the Los Angeles Times is something I’ve waited to write my entire life! KEY QUOTE: “But as the years went on, the Orange County of old gradually succumbed to a new generation of working-class unions, multicultural youngsters and middle-class voters who just didn’t care about demonizing the downtrodden, except for the homeless.”

“7 Takeaways from California’s Elections”: More from Capital & Main. KEY QUOTE: “Official voting results are weeks away from getting verified for the 2018 general election, but big, historic trends are already emerging: some old, some new, some bad — and a lot of Blue.”