I’ve known Ernest Miller, corporate chef for Coast Packing Company in Vernon, for about a decade. I first met him when he took a chocolate-making class at my wife’s old store, The Road Less Traveled, in Santa Ana. The two ended up taking master food preserving classes in San Bernardino, way before canning became a thing. And Miller’s culinary star has only gone up since, as someone who specializes in food history, preservation and classes.

It’s muy chido, then, that Coast Packing Company became a sponsor for KCRW’s inaugural #TortillaTournament. Miller will demo at the afternoon grand finale Sept. 16 at the LA River Center & Gardens. In the meanwhile, though, he took time to answer some questions about lard, Coast’s bread-and-butter (as it were). Make sure to follow Miller on Twitter @RLMProvisions

First off, please tell the world once and for all why lard is actually good for you and why we shouldn’t believe the haters.

Lard has been part of the human diet for thousands of years. For example, the oldest written document (4,200 years old) at Oxford University, one of the leading research libraries in the world, is a Sumerian clay tablet referring to 22 large jars of lard.

Many don’t realize how central lard was to so many cuisines. Not just European cuisines (and subsequently their colonies) but in many of the cuisines in Asia, such as China and Vietnam. Lard was the fat on which humanity was built.

It is only in the late 20th century that lard was accused of being unhealthy, primarily because it was claimed that animal fats (including butter and beef tallow) clogged our arteries and caused heart disease.

Some scientists and the USDA began to recommend that we eat partially hydrogenated vegetable oils full of trans fats. For decades, the government and scientists demonized animal fats, especially lard. The dietary recommendations were to focus on low-fat diets, avoiding as much fat as possible.

Turns out, apparently, that nutrition science is difficult. It is clear that the diet-heart hypothesis, which was the theory leading to the condemnation of animal fats, is false. While we can’t say with certainty that lard is healthier than other fats, increasingly, evidence does point to animal fats being the best choice.

And, specifically, lard is mostly the type of fat that is praised. Lard is primarily monounsaturated fat, mostly oleic acid. Monounsaturated oleic acid is the fat that gives olive oil its good reputation. I don’t believe that saturated fats are unhealthy, but if you are concerned with it, lard has less saturated fat than palm oil, coconut oil, butter, and beef tallow.

Finally, it tastes good. If you are going to be cooking with fat, then you ought to maximize the pleasure you get.

What is it about lard that makes it so essential to a good flour tortilla?

A good flour tortilla needs four ingredients: water, flour, salt and fat. Without fat, a flour tortilla wouldn’t be tender, wouldn’t be elastic. You can achieve some of this with other fats (palm oil, hydrogenated soy oil, etc.) but the makeup of lard is ideal for the best flour tortillas. Indeed, lard was the original fat used for flour tortillas; everything else is trying to mimic lard.

And, of course, that classic flavor. Lard brings flavor, a savoriness you don’t get with alternative fats. Lard brings the umami.

You’re going to be doing a demo Sunday during the #TortillaTournament finale with lard. What advice do you have for the home cook on how to use lard if they want to make flour tortillas?

Lard is actually very easy to use. Chances are your grandmother or great-grandmother kept a canister of lard next to the stovetop (that’s one of the reasons her food was always so good). I always thought lard came from Yuban, because that’s the can my grandmother stored fat in.

Lard doesn’t need to be refrigerated and is easier to work with when it is room temperature for tortillas.

Coast Packing Company is part of Los Angeles history. Family owned and managed since 1922, we celebrated our 96th year in business this past February. Our current CEO, Eric Gustafson, is the fourth generation to manage Coast.

The company was founded when Vernon had dozens of slaughterhouses, but over the decades the number remaining can be counted on one hand. We thrived by switching from a full-service slaughterhouse to focusing on our competitive advantage in rendering.

We are now the largest supplier of animal fat shortenings (lard and beef tallow) in the Western US.

How does Coast make its lard that distinguishes it from competitors?

We’re the experts in animal fats. They have been our sole focus for nearly 50 years. Moreover, our rendering processes are entirely physical. We don’t use chemical rendering, solvent deodorizing or similar methods. Our rendered fats, though made on an industrial scale, are almost identical to how they’ve been made for millennia and how you might make small batches at home. 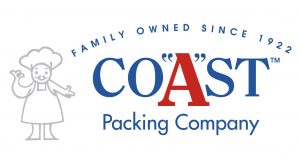 What are the differences in the types of lard that Coast sell? In other words, how does your Latino-focused brand differ from, say, an American-focused brand?

Our VIVA lard, which is the most popular lard in the Hispanic and Asian markets in the Western US, is what we call “traditional” lard – with the classic flavor you expect. This is the lard your grandmother cooked with and is ideal for every classic dish you can imagine.

We have our VIVA Manteca Mixta, which is a blend of our VIVA lard with beef tallow. It is especially good for deep frying. It has the classic flavor of our VIVA lard, but a longer fry life. It is perfect for things like chicharrones, taquitos, and tortilla chips, among other things.

We refer to our COAST lard as “refined” lard to describe the physical processing it undergoes. It is especially versatile; good for any baking or cooking application.

Finally, we have GOLD COAST lard, “truly” refined lard that has less of the classic flavor and is used in baked goods, especially sweet applications such as pastries and cookies. Did you know that the filling in Oreos was originally made with lard (that Coast Packing Co sold to Nabsico)?

For our vegan pals out there, what’s the closest substitution, flavorwise, for lard that you’ve found?

To my knowledge, none of the vegetable fats can replicate the inherent flavor of lard. Depending on the dish, you’ll have to add other ingredients at other points (amino acids, liquid smoke, yeast, etc.) to replicate the savory and umami notes of lard.

I would also like to point out that when it comes to fried foods, the oil may be vegan at first, but the instance animal proteins are introduced to the oil, it can no longer be considered vegan oil. Those French fries might have only three ingredients (canola oil, potatoes and salt), but if that canola has been used to fry chicken nuggets, for example, those fries can’t be considered vegan.

What are your favorite flour tortillas in Southern California?

I’m a big fan of La Azteca in EastLos.

McDonald’s was the most famous however. McDonald’s was never really known for the quality of their burgers, but their French fries were considered exceptional. Even Ray Kroc acknowledged that he wasn’t in the burger business but the French fry business. One of the reasons those fries were so good was because they were fried in beef tallow.

When McDonald’s switched to trans fat oils (ironic) in July 1990, the quality of their fries declined and despite millions of dollars in research, they’ve never been as good as they once were. Bring back beef tallow fries, McDs!