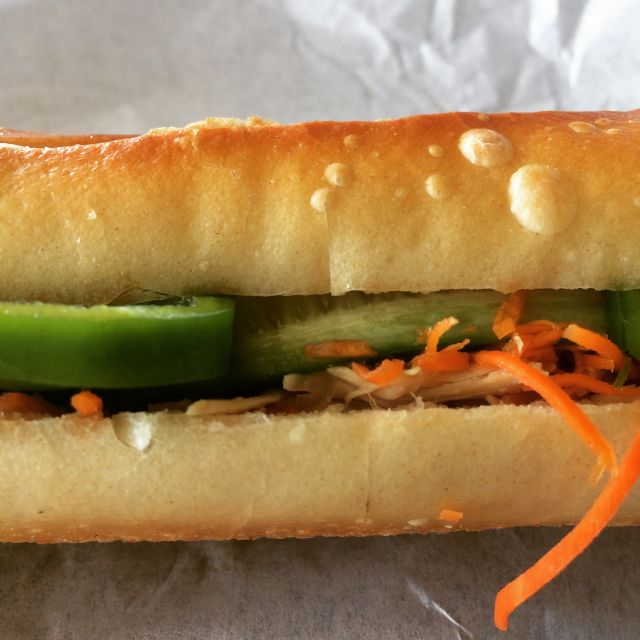 Above: a bánh mì on a perfect baguette from Au Coeur de Paris in Little Saigon
Listening: “Soldado de Levita.” Classic son huasteca about a soldier in the Mexican Revolution.

Reading:  “A Field Guide to the Characters of Michael Jordan Lore.” So when is Chicano Studies gonna teach Shea Serrano?

I generally like the New York Times. Their investigative reporting is stellar, their arts coverage wonderful, their sports page underrated, and “The Lives They Lived” consistently magnificent They have written two nice profiles of me over the years, and I have served as a pithy quote for reporters on various subjects more than times than I can remember. Hell, one of my former interns has worked there for years.

So I say this with love: When the Gray Lady whiffs on a story, they whiff worse than Adam Dunn. And when they try to do a story on Southern California culture, the Times tends to be tone-deaf AF.

Twice in two weeks, I have trolled the Times on Twitter over such coverage. They were quick thoughts that ended up getting acknowledged by them and went farther than I ever planned.

The first time came Feb. 26, when the Times‘ California Today newsletter issued a mea culpa of sorts over their long-time insistence to use “bodega” in articles about Southern California when referring to what we call “liquor stores.” And as I write this, I’m trading tweets with Times Travel associate editor Dan Saltzstein over his section’s recent, ridiculous article that declared Los Angeles a “bread paradise” now that we have a bunch of hipster bakeries.

Never mind that panaderos, Porto’s, Asian bakers, Middle Eastern pita people, and Persian sangak wizards have filled Southern California guts or decades. But since they’re all immigrants, they simply didn’t count for the Times, you know?

Each tiff has provoked hundreds of retweets; my bodega basher is by far the most-liked tweet I’ve ever fired off (geez, folks: Not even 20 of you liked the time earlier this year when I found a long-lost pedophile priest in Peru). Their popularity had nothing to do with me, or even Angelenos’ perpetual hatred of New Yorker snobbery, but rather something more important: the continued yearn for smart, local news.

Both of the Times’ mess-ups came because not a single person in that paper had a true mastery about the subject at hand, or even wanted to learn it. Anyone with any clue would’ve told the Times to beware about using “bodega” in an article about Dr. Dre’s longtime marijuana man. To think twice before quoting someone who declared, unironically, that they remembered when Los Angeles “was the heart of darkness, the no-carb central.”

When would that have been, Zack Hall? Because the Jewish Bakers’ Union Local 453 existed from the 1920s well into the 1970s, long enough to pass the bread baton to other ethnics. But you knew that, right?

That’s why we should hate on the Times and other out-of-towners whenever they get our stories wrong. But more than just rage, this is why we must support local publications and journalists (start with L.A. Taco). At our best, we cover issues, people, and places with an institutional knowledge that no Yelp algorithm can ever comprehend, and no Columbia Journalism grad can possibly care to learn.

We aren’t just the first draft of history, or the canary in the coal mine: we’re the very yeast of the news industry. Give us now our daily journalism bread…or something. 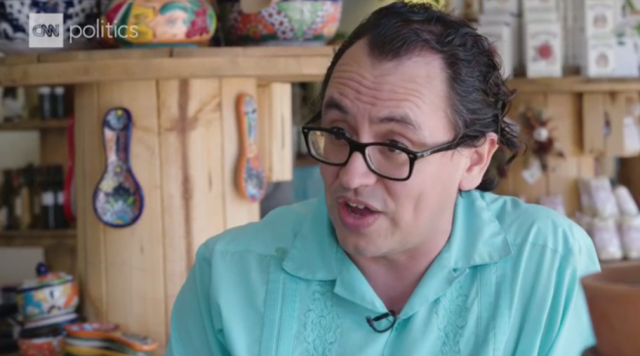 The Lemongrass Burrito is the New America. Can Either Party Keep Up?

I’m featured in this CNN report about what shifting demographics and voter registration in Orange County portends for the rest of the country. It’s a story and video, so check me out with this bright-ass guayabera that I wore not because I wanted to raza it up, but because the day we filmed at my wifey’s store was hot AF (reporter Ron Brownstein was a G for wearing his coat the entire time). KEY QUOTE: “Now, the Ellis Island (of Orange County) is Irvine.” The OCer in me STILL can’t believe this is true!

I actually recorded this podcast earlier this year but never got around to sharing it. The pride of Carson, Beto Duran, is turning into my Boswell, and he got me on a morning where I was, shall we say, enbroncado. We talk the state of media, haters, and DESMADRE.

The Lessons Our Comunidad Can Learn From the East LA Blowouts

I wrote 5,000 words on the 50th anniversary last week, covering virtually every angle—lessons, Jewish connections, food, maps, and now this essay for Latino Rebels specifically addressed to the lessons our comunidad (I think I’m going to use this term from now on as an overarching signifier, because it’s Spanglish) can take. KEY QUOTE: “At one point in our comunidad’s long battle for respect in this country, a group of teens took on the power and won with the help of allies. And if they were able to do it, then there’s no excuse for the rest of us.”

How Disneyland’s Unions Became a Force in Anaheim Politics

My every-Monday KCRW-FM 89.9 “Orange County Line” commentary on all things OC focused on how Disneyland’s unions have completely upended Anacrime politics over the past decade. Shoutout to UNITE HERE Local 11, who let me shadow them long ago and still knows how to play the media game better than most.

A report released two weeks via a coalition of Disney unions got worldwide attention because it revealed that 11 percent of surveyed workers reported being homeless at least once in the past year. Most of the media accounts only went with the summary points, but I read the entire 126-page study for Capital & Main and found even more damning info. KEY QUOTE: “Relatively few Disney workers live in South Orange County, OC’s richer, whiter, more recently developed area—further proof that a Disney job marks the worker as a member of the working poor.”

The Chicanosauruses Who have Ruled in California Should Step Aside My every-Wednesday California columna for the Los Angeles Times this week tackled Latino (and not) politicians who love power and don’t want to let the next generation of Latinos get any. KEY QUOTE: “So, Chicanosauruses, please go to the political equivalent of the La Brea Tar Pits. Best-case scenario is your legacy will power the next generation, much like the raptors of the past turned into fossil fuels.”