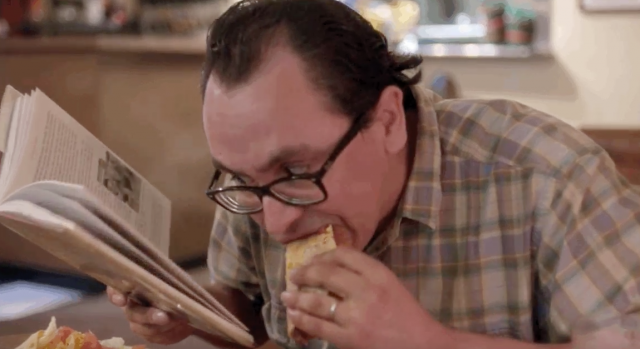 Scarfing down primal tacos at Mitla Cafe in San Bernardino
Listening: “Pobre Leña de Pirul”, by La Santa Cecilia. My former house band on my long-gone KPFK-FM 90.7 radio show masters this classic tale of heartbreak that might be the only song in recorded history to talk trash on peppertree firewood.

Reading: “Former LA Times and OC Register Reporter Clark Sharon, Now Homeless, Spends His Days Reading the Papers He Once Wrote For.” My former colleagues at OC Weekly still got it—this story came from an intern. On his first try. And got picked up by the Drudge Report. Not just a good read, but also highlights the importance of great editors who encourage even novices to swing like Ruth.

I’ve appeared on The Colbert Report. I’ve appeared on Al Punto Con Jorge Ramos. I once appeared on Sean Hannity’s show and got treated rather respectfully, only because Hannity yelled at a Muslim woman for 20 minutes in the segment before mine. I’ve popped up on programs ranging from The Today Show to Nightline to Gordon Ramsey, Anthony Bourdain, and Andrew Zimmern. Hell, I was even consulting producer on a FOX cartoon and an Al Madrigal special.

All my television appearances combined haven’t sparked more accolades that what I’ve received for appearing on the “Taco” episode of Ugly Delicious, celebrity chef David Chang’s excellent new Netflix series. I knew it was going to be big, but NOT Gabby Hayes big.

Whenever you do a widely seen show, people want to know chismes and such (quickly: Ramsey is a gentleman, Zimmern is a big teddy bear, Colbert’s producers said I could never appear on his show again because I “didn’t play by the rules,” and Bourdain knows he’s brilliant but doesn’t let it get to his head). So this is what I can tell you about Chang and the “Tacos” episode of Ugly Delicious.

I first met Chang through FiveThirtyEight’s Burrito Bracket, a 2014 effort by ESPN’s Nate Silver to determine if Yelp or actual experts could determine what was the best burrito in the United States. I got to represent the West; David the East. Not only did my pick to win it all—La Taqueria, in San Francisco’s Mission District—emerge victorious, but I also called the best burrito in the South, Taqueria y Tortilleria Ramirez in Mexington, Kentucky.

And I also later recommended a burrito—El Castillito in the Mission—that Chang went on to call the best burrito he’s ever tasted.

Afterwards, Chang invited all the judges to eat at his famed Momofuku. I was the only one who declined, because I had a meeting with CNN about a potential show.

I should’ve gone with Momofuku. 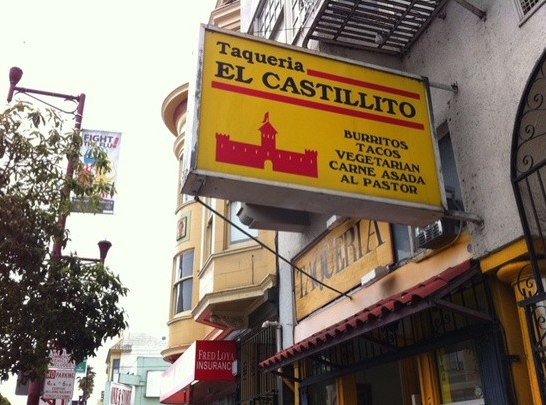 Best burrito in America right here, fam
But I must’ve made an impression on Chang, because I got a call about a year ago ago if I wanted to appear on his Netflix show, which didn’t have a title yet. Joining me would be Chang, his Lucky Peach co-conspirator Peter Meehan, and Los Angeles Times food critic Jonathan Gold. The plan: A taco run across Los Angeles, as we talked tacos.

I initially said there were many better-suited taco experts to do this, but the producers wanted me. What could I do? We had a lot of fun, and the producers did their research by picking Mariscos Jalisco and Los Originales Tacos Arabe de Puebla in East Los Angeles for us to eat at (not making the cut? Chicken neck tacos, which I’m surprised didn’t get at least a cameo on Ugly Delicious’s fried-chicken episode).

Afterward, I jokingly said we should do a late-night run to Mitla Cafe in San Bernardino, the oldest Mexican restaurant in the Inland Empire, and the place whose hard-shell tacos Glenn Bell ripped off to eventually create Taco Bell (it’s all in my book. You own my book, right?).

No one wanted to do it that late, but the producers called me a month later to see if I wanted to do my own standalone segment there. DAMN STRAIGHT. Well, I must’ve impressed the producers even more, because they then invited me to appear at a party at a house in Highland Park that would serve as the episode’s finale, and did I have any music I might recommend.

DAMN STRAIGHT: Tamborazo Jerez ’75, which plays the traditional brass-band booms of my beloved Jerez, Zacatecas. And in a wonderful case of coincidence, the taco caterer who whipped out awesome al pastor was Eastside Tacos, which happens to be the family business of the prima of my Cousin Lety. And don’t blink, because there’s also a cameo by L.A. TACO associate editor Javier Cabral.

Why did I get so many kind notes for Ugly Delicious? It wasn’t about me; it was because Chang (who’s as funny yet polite as his writings and camera appearance hint) and his producers framed tacos and Mexican food outside the usual food-porn paradigm endemic to food media.

A recent newsletter subscriber asked me to make sure not to write too much about politics; I responded that everything I do an am—a nerd, a reporter, and Orange County resident, but ESPECIALLY a food writer—is political. And I thank Chang for allowing me to talk about Mexican food and all its discontents—authenticity, tradition, masa provenance, equity, and the like—sin pelos en la lengua. No filter.

Chang just announced the creation of a media company to explore shows, podcasts and more. Hey, David: let’s do Taco USA, the television show. Me travel around the country in my 1979 Ford Supercab showing the world all of America’s great Mexican food and interviewing all of its pioneers.

You know where to reach me: not at CNN. 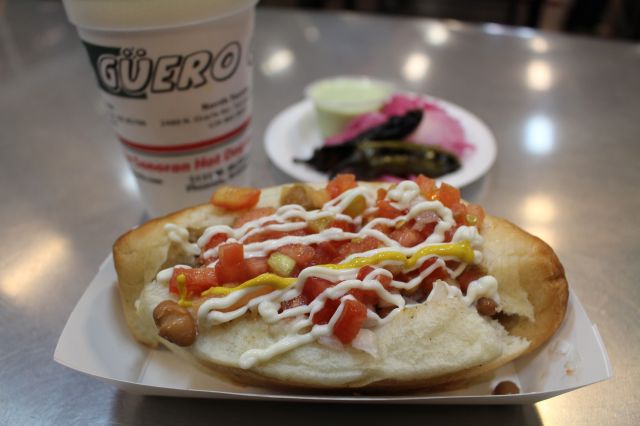 I write so goddamn much that I forgot to include this one in last week’s roundup. But it’s a deep dive into the Old Pueblo’s fantastic, underrated Sonoran cuisine scene. KEY QUOTE: “My favorite soup of all time: caldo de queso. It’s just potato soup with a giant ball of queso Chihuahua. But sprinkle in dried oregano and chiltepín flakes, grab a fresh flour tortilla, and this is the only flu shot you need.”

How Trump has Affected Orange County

My every-Monday KCRW-FM 89.9 “Orange County Line” commentary focused on how Trump has irrecoverably changed the OC GOP, a jump-the-shark entity if ever there was one.

My book review for Latino Rebels on el maestro’s latest. KEY QUOTE: “In lesser hands, The House of Broken Angels would’ve read like a parade of clichés—a huge Mexican party, murderous cholos, kissing cousins who do more than peck, a prodigal gay son, a Mexican standoff, and enough chronological switchbacks and unreliable narrators to make Gabriel Garcia Marquez seem as straightforward as Hemingway. But this is Urrea, a hell of a writer who’s wickedly funny, writes sex scenes like Neruda, and constructs his 60-plus-years narrative with the care of an urban planner.”

His Royal Trumpness visits Southern California, but not Orange County?

My weekly California columna for the Los Angeles Times was pushed up a day to coincide with Trump’s visit to California, because I pointed out how historic it is that he didn’t bother with an Orange County stop, which he lost to Hillary in 2016. KEY QUOTE: “Trump did the political equivalent of USC losing to Fresno State in the Freedom Bowl. (Look that one up, sports-hating lefties.) And what’s happened in Orange County ever since should give the rest of the country hope.”

What California’s Racist History Can Teach Us in the Battle to Save Immigrants from Trump My first piece for NBC News does a deep dive into Cali’s past to show that its new reputation as the heart of Aztlán is a relatively recent phenomenon driven mostly by a push for atonement. KEY QUOTE: “For those Americans who look to Cali as the last, best hope against Trump, know that we got this, because we know how to beat down racism. And for those who see California as a progressive beast worthy of subjugation: Watch out. Because if we were able to redeem ourselves, then anywhere can.”