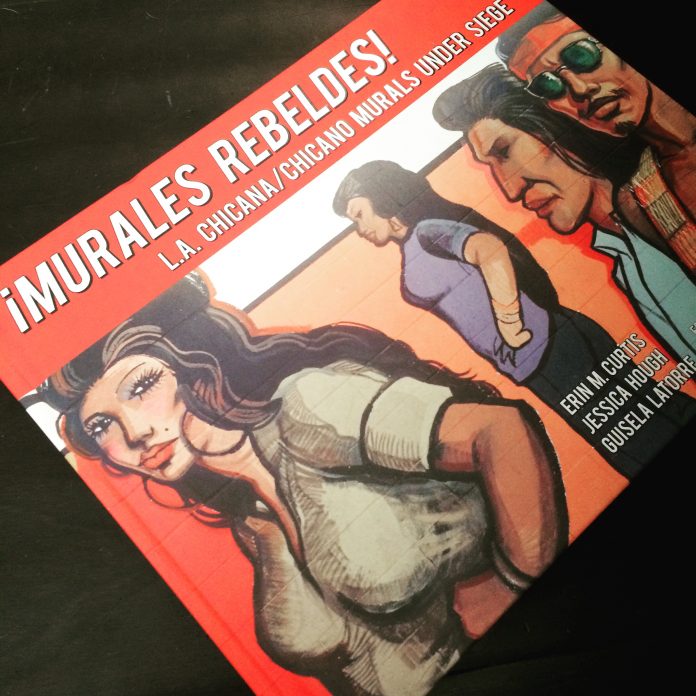 Inshallah, I’ll be in Salt Lake City this week to report on…something. So in the research for my story, I learned some sad news: Archie Archuleta passed away earlier this year.

Did you know who he was?

Unless you’re from Utah, probably not.

But Archie was a titan in the Beehive State’s Chicano community.

Did you know Utah has a longstanding Chicano community?

Unless you’re from Utah, probably not.

But raza has been there for over 100 years, and not just any raza — hell, they still have a down-as-fuck Brown Berets chapter.

Did you know the Brown Berets existed?

Unless you know your ethnic studies, probably not.

So I pose the question to you if you responded negatively to all of my queries:

Why don’t you know the above history? It’s your history, after all.

I didn’t always think this way. Hell, I used to think ethnic studies was just a conspiracy to radicalize young, impressionable minds and turn them into SJWs.

Until I realized that’s exactly what ethnic studies is about — but not in the way the Left or Right thinks.

Among the many reasons I love being a journalist is that it makes me a better human being.

When I started my career after college, I figured ethnic studies was little more than shrill victimology — this, even though I proudly belonged to the Chicano student group MEChA.

In the case of Chicano Studies, I always thought it was little more than the United States stole half of Mexico, Cesar Chavez was a saint, and the Zoot Suit Riots. Oh, and that gabachos are inherently evil.

But then I became a reporter in Orange County.

As a reporter, you always try to find stories that no one else has covered, or a new angle on something long covered.

And I quickly realized that the most undiscovered part of my homeland was its ethnic history.

So I started reporting. I dove into the 1936 Citrus War, where the lords of OC declared battled against its Mexican orange pickers — and won. Emiliano Martinez, who wrote corridos about the era. The Black Panther Party in SanTana. The city’s arson of its Chinatown, a subject covered in the Orange County history books as small-scale Manifest Destiny instead of the racist outrage it was.

Right-wingers dismissed my history features as propaganda, which I found telling. (Any time you upset the powers-that-be, you’re doing good, btw) All I did was excavate Orange County’s past, supported by newspaper clippings, primary documents, and even interviews. Why were they so scared by the truth?

Or maybe they didn’t like the prompt I always posed to readers: Why didn’t this history — all fundamental to the creation of modern-day Orange County — ever get the proper treatment by so-called mainstream historians?

The public at large lapped it all up. My history stories would always get some of the biggest shares and web hits.

Even if the reader wasn’t a member of the affected group, it was history. It was their history.

And that’s when the power of ethnic studies really hit me.

Ethnic studies is not all about history, of course. But it’s grounded in it. It’s a starting point to show students that they should use this gnostic knowledge to go perfect the American experiment that tried to deny them a rightful place in the country’s narrative.

Ethnic studies as a patriotic movement? Both Left wokosos and Right alt-losers will howl.

Because it’s the truth.

And the truth is, I wish I had known more about Archie Archuleta.

I only happened upon him in an article I wrote for High Country News late last year, and I felt a fool for not knowing about his amazing life earlier. Because Chicano Studies in Southern California sure as hell doesn’t give Utah any acknowledgement.

How many more Archie Archuletas are out there that I don’t know about? That don’t get the regional and national and historical love they deserve? Too many — so commit to learn about all them.

Read Archie’s obit here. And strive to learn more about your American history by taking an ethnic studies course, or buying a book.

Know about the Archie Archuletas among ustedes and beyond — you owe it to yourself and them.

Longtime fan thanks to my former English professor, Jesse La Tour. He introduced us to your badass book, Orange County: A Personal History. I have always looked at how Mexican food gets renamed or “rebranded” for what I think is for los gabachos. While I believe that Mexican food is as American as apple pie now, I wanted to know what your take is on the whole wraps vs burritos thing. To me, if its wrapped in a flour tortilla, then its a burrito! Many of the counter arguments are that they a wrap is healthier and and contain cold meats but I call BS. I stopped debating about it because I know I am not going to change people minds, or maybe they really should be called wraps.

Jesse’s awesome, and I love his stuff in the Fullerton Observer, one of Southern California’s last truly independent, progressive community weeklies. He’s always kindly taught my work. As for wraps: Con esto te digo: Ever had a good wrap? Of course not. So let those monstrosities keep being called wraps!

IMAGE OF THE WEEK: I can never get enough of Sonoran cuisine, and caldo de queso is the greatest soup on earth next to my mom’s pozole. Photo taken at Tania’s 33 in Tucson — or, as my mom would pronounce it, Tookson.

READING: “How Italians Became ‘White’”: It ended a bit earlier than I thought it would, but essential, disturbing reading by the Grey Lady. Know your ethnic studies!

“An Oral History of Hard-Shell Tacos”: I still don’t know what MEL Magazine is, except they put out good stuff and they interviewed me for this.

“The Hyphenated American Food Staples”: Life & Thyme interviews me for the issue at hand.

“This is California: The Battle of 187”: My long-in-gestation project on one of the most influential propositions in American history is nearing its closeup! Here’s the landing page — more, much more, to come…

“Why it’s tough to be a street vendor in Orange County”: My latest KCRW Orange County Line takes to task coastal OC cities for making it basically impossible to be a lonchero.