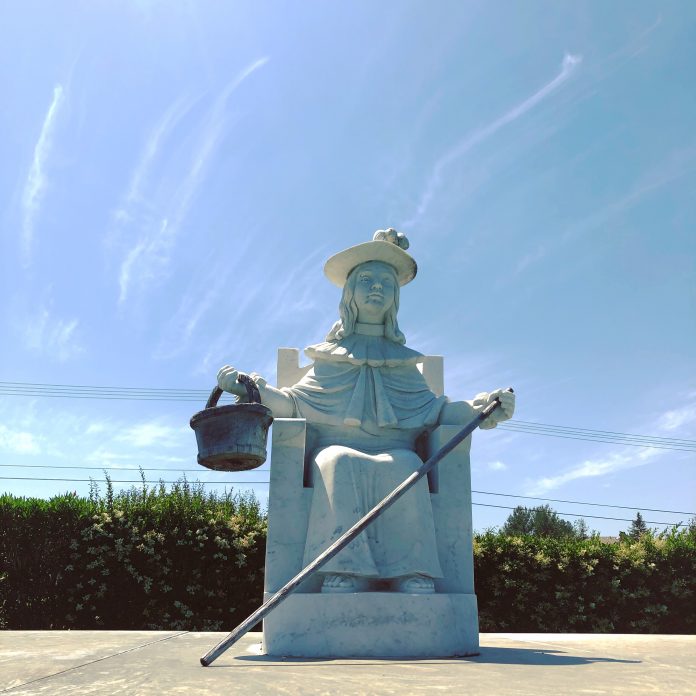 If you read me long enough, you’ll know that I boast at least once a week in my writings that I’m from the Mexican state of Zacatecas, specifically the ranchos of El Cargadero and Jomulquillo, both pertaining to the municipio (roughly, city-county) of Jerez.

It drives my wife nuts.

She correctly points out that I wasn’t born there, but then incorrectly concludes that I have no right to say that I’m zacatecano. I love her, but she’s wrong. Simply put, she didn’t grow up in the world that I did.

She did not grow up in a world where every weekend was a moveable feast, ranging from quinceañeras to birthdays to weddings, baptisms and beyond. Where you saw families intermarry with ease, or maintain grudges that had gone on for decades, if not a good century.

Where you saw an entire community transplant itself from Mexico into Southern California, and replicate itself over generations, the way my mom’s rancho did.

Zacatecanos are legendary among sociologist on both sides of the border for our strong ties to our ancestral home and sense of identity. As I’ve argued before we are the new Iowans of Southern California, except our picnics were in Norwalk Instead of Long Beach and we played baseball instead of making pies.

(If you don’t get that reference, know your Southern California history!).

I’ve written about this phenomenon for most of my professional career ad nauseum. And I’ll do it for the rest of my life. I’ve covered it from the food angle, from music, and even the comedy of errors that was me dating my second cousin for a couple of years.

It’s a fabulous story that’s also personal. But every once in a while, the strength of the Zacatecas diaspora wows even me. I was reminded of this with the recent death of my mom.

Santo Niño de Atocha at Holy Sepulcher Cemetery in Orange, watching over my mami, mis abuelitos, and so many other zacatecanos…

My mom was beloved by everyone, and if you don’t believe me, you should see the outpouring of love and respect in the wake of her passing. Grief, of course — way too much of it. I’ll write about that some day.

But the more inspirational part has been how our zacatecano community has responded to my mami.

Over 800 people were at her rosary at Saint Boniface, and nearly that amount went to the actual Mass; a friend said it was like attending on Easter Sunday. Our novena, held in the front lawn of my parents’ house and for which we expected only family members, have topped 100 people every night; for the finale, we’re expecting at least 200.

I’ve seen people I last talked to 20 years. Formerly good friends who went away. People of my parents’ generation whose names I never learned but whose faces I remember distinctly, now more wrinkled or stooped.

People have made food and paid for flowers. I have zacatecano followers on social media whose only connection to my mom was that they were from the same state give me cheese (if you follow me, you’ll know how important that is to me haha). A woman whose grandmother remembered my mom living in Tijuana 55 years ago as a child made our family a delicious chicken mole and potato salad — delicious and heartfelt.

A paisana had passed, and they would take care of her family in her time of need.

That is my Zacatecas #blessed

Yet me retire (read that in Spanish, porfas) from that tight-knit life for the past 20 years, once I got into college and began my professional career.

I stopped, frankly, because none of the girls from the ranchos wanted to date me and all the guys thought I was a nerd and openly said it. Rancho life isn’t perfect, and I didn’t need those distractions as I sought to become a reporter.

But most of those same people who shunned me back in the day nowadays tell me me how proud they are of me, how they’ve read me for years, and how I’ve repped who we are well.

And they are here for my family now.

One of the saddest scenes for me in American literature is the funeral for Willy Loman in Death of a Salesman, where basically no one shows up. I have been to too many celebrations of life and wakes where the entirety of people who attend for the faithful departed can barely fill up a small mortuary.

That’s not El Cargadero. That’s not the Zacatecas way. I am blessed to belong to a community that comes out when people need it.

That’s how this country used to be. That’s not how it is anymore. And as long as I’m alive, I will do my part to keep that zacatecano spirit alive.

As usual, my sister put it best. From IG:

How friends and family have given of themselves by preparing and sharing food with us has truly been life changing for me. It honestly makes me challenge how I have spent the last 20 years of my life. I don’t regret my educational and professional pursuits, but I do wish I had made more of an effort to learn the incredible skills and practice the acts of love that the women before me mastered. Spreadsheets and charts are fleeting, but empanadas and champurrado are lasting, and now I see that.

Again: I’m the least-talented of the Arellano Miranda kids.

Have you ever seen They Might be Giants live? Ira Glass thinks they’re the bee’s knees, btw.

I like TMBG, enough that I plugged them in a previous newsletter. Not enough to see them live in concert. But your pregunta got me thinking: How many English-language, non-classical major music acts have I seen live?

I think I can count them on two hands.

Never seen Social D. Had a chance to see No Doubt at Cal State Fullerton my senior year in high school but passed (never cared for the group, but will defend to the right Gwen Stefani’s cultural choices).

I dunno. Most of the English-language music I like was recorded by dead people, or folks who are nowadays oldies acts. Besides, when I wrote about music, I got accustomed to not paying for concerts — and I’m a cheapskate.

PS, not a fan of This American Life — too self-absorbed hipster navel-gazing for me. But it’s STILL way better than Wait, Wait, Don’t Tell Me!, which bores me to the point that I sleep to it every Friday night. 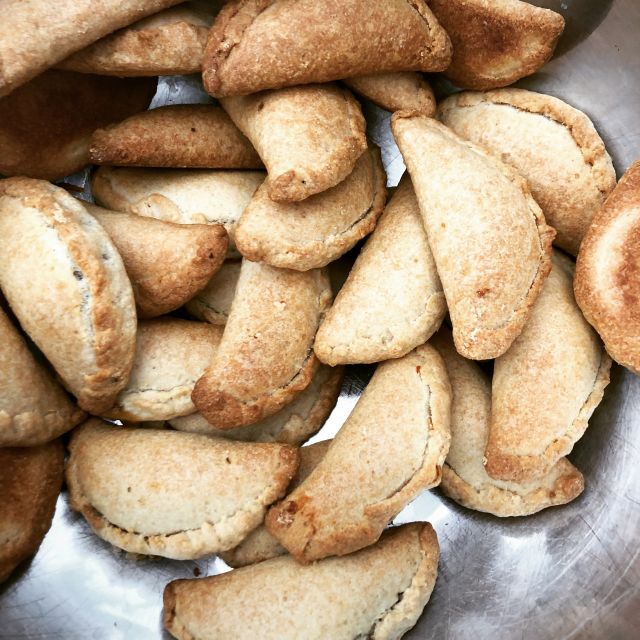 IMAGE OF THE WEEK: Empanadas de chabacán (aka apricots) made by the mother-in-law of my cousin’s son, Art. And the chabacanes were from El Cargadero — SO GOOD…

LISTENING: “Saint Behind the Glass,” Los Lobos. The just-another-band-from-East-Los-Angeles is on tour right now, so catch them while you can — they’ll be at the OC Fair in July. My favorite song of theirs remains this son jarocho-influenced gem, which reads almost like a haiku and is a testament to all the good Catholic mamis out there — and the sons that love them.

READING:  “A Wine-Soaked Ball Unites a Georgian Village, but Only After Dividing It”: Always love a great sports story, especially one that involves culture and honor — and especially one about a sport that’s basically paisa rugby.

“Gustavo Arellano on how the taco conquered America”: I appear on Good Food with Evan Kleiman to talk — DUH — tacos.

“La Cocina’s F&B Voices From the Kitchen”: The San Francisco Chronicle plugs a reading I’ll be doing in early June with others on behalf of La Cocina, the amazing nonprofit that empowers immigrant women to create food businesses.

“OC Line: Can you swear at your county supervisor?”: My weekly KCRW Monday commentary on all things Orange County has a new time slot (around 1:20 in the afternoon) and is part of a new show — Greater LA, which is hosted by Steve Chiotakis (hola, Steve). For this week, I talked about how the Orange County Board of Supervisors faces a lawsuit from the ACLU over its hatred of public comments.