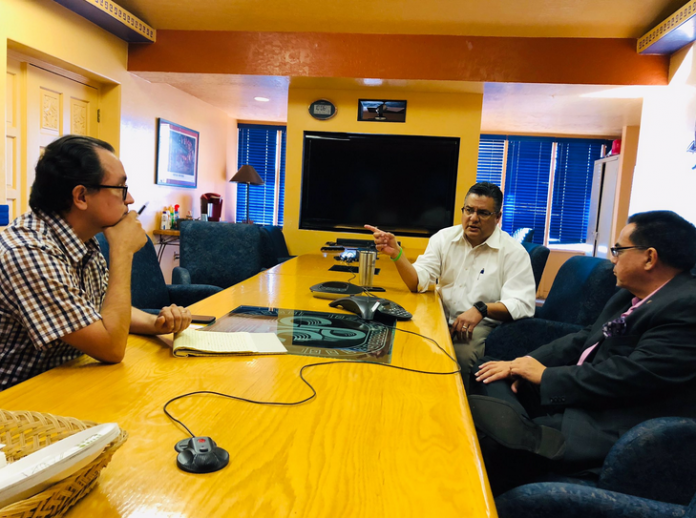 Apologies for the delay in my canto. Had to do a last-minute road trip to Phoenix for a story. Finishing up nearly all my freelance assignments before I start as a features writer for the Los Angeles Times mañana.

So that meant that in the space of a week, I did:

And I’m in the middle of grading papers for my Intro to Journalism class at Orange Coast College.

I don’t reveal the above to whine or boast but to be real. This past year, I had to work harder as a journalist than I ever have before.

I was a full-time freelancer for the first time in my life.

And so, I have some advice for any brave souls who want to navigate this Scylla and Charybdis of a profession. 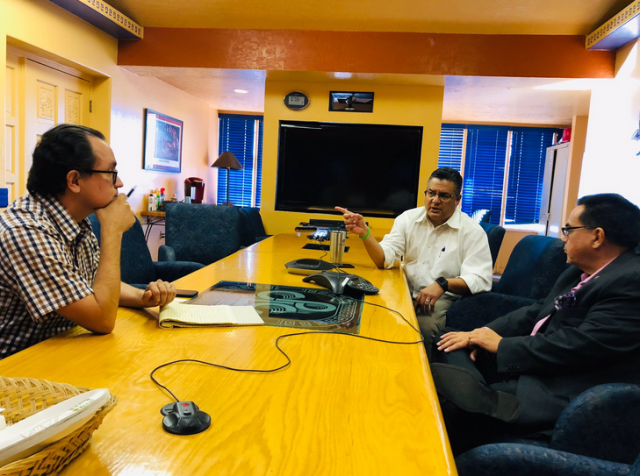 HAVE NINE IDEAS ON YOU AT ALL TIMES

This is the advice I would give my writers back when I had writers. I always told them to have nine ideas on them: three they could do immediately, three that would take a couple of days to gather, and three long-term projects. It not only kept your mind nimble, but you would never know when you’d meet an editor that could give you an opportunity of a lifetime.

Having ideas on you as a freelancer, however, becomes even more urgent. Simply put: no ideas? No paycheck. Besides, you NEVER know when you might get a call from the big leagues. That’s how I got to write for the New Yorker. An editor blindly shot me an email; I immediately responded back with a pitch about tamales for Christmas, and it got published. All within a week.

Have a good idea? There will be a publication that’ll publish it. It’s kinda like college scholarships, where free money can be had for virtually every category — but you have to look for it.

For instance, while I was doing research for my columna on the significance of the 50th anniversary of the Chicano Blowouts, I realized there were multiple stories I could tell. So I told them. In addition to my regular Los Angeles Times columna, I did another essay for Latino Rebels. I did a map of significant Blowout spots for Curbed LA. I talked about the Jewish connection in the fine online publication, Tablet. And — in what seems like the biggest stretch for an article but it ain’t — I talked about the foodways of the Blowout for L.A. Taco.

Five stories on the Blowouts. When most publications only did one.

Each one of them could’ve only been published in their respective publications. None of them would’ve been possible in one giant narrative, because those nuances would’ve distracted from the bigger picture. And I would’ve never thought of each angle unless I was a freelancer looking to make as many pesos as possible.

There was an Internet publication I had always dreamed of writing for. I pitched them a couple of ideas, and they loved them. I wrote one of them, about 800 or so words, and turned it in.

I took my story back and sold it to a FAR smaller publication…for $400.

Freelancers will always get underpaid — that’s just a reality. But freelancers need to push back on exploitative fuckers. My general rule of thumb became a minimum of $300 for a 600-800-word story, and scale up from there — in other words, 50 cents a word is fair.

But also be understanding. Tiny publications won’t be able to probably afford 25 cents a word. Don’t write for the pay so much as for your pride — and don’t sell your pride short.

WRITE FOR AS MANY PUBLICATIONS AS POSSIBLE, BECAUSE YOU NEVER KNOW WHO’S READING

Years ago, a gentleman that worked for the Obama administration told me a great story. He said that as a college student, he got an opportunity to write for a tiny political publication. He had never even heard of it, but someone there had read one of his stories in a college newspaper. The pay was crap, but he decided to write a story for them because he was passionate about the subject.

The circulation for that magazine was about 1,000. But it was composed of the most insider of the insiders in the Beltway. Because of the article he got, the gentleman got a job offer and a career in Washington.

That’s how I began to contribute to KCRW. And NPR. Because I wrote articles that somehow got attention.

DON’T BE AFRAID TO PITCH YOUR DREAM PUBLICATIONS

What’s the worst that can happen? They won’t respond. What’s the second-worst thing? They’ll say no.

What’s the best thing that can happen? You get published in your dream publication.

That was me again and again this year. I wrote for ESPN. And TIME. And the New pinche Yorker. Got a weekly columna for the Los Angeles Times. A piece in Jezebel. Some more places. In fact, the only dream publication I DIDN’T get in was Harper’s and The New York Review of Books — and that’s because I never tried. Hey, I should pay attention to my own words… 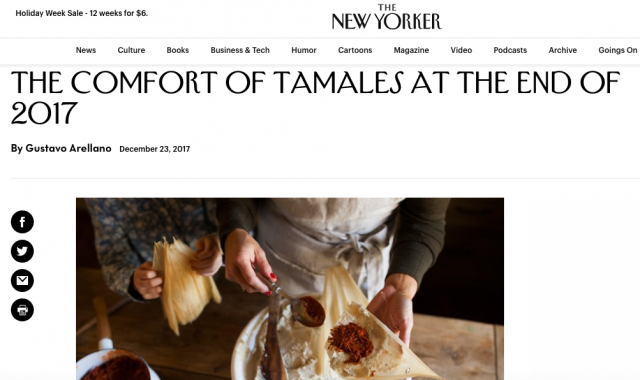 This is applicable for all reporters, of course, but especially freelancers. There is no guaranteed income in the freelance world — even if you get a steady gig, it can disappear. So write and pitch and write and pitch some more.

That’s why you’ll be reading my byline in other publications through at least June. Even when I felt I’d get a job at the Times, I kept pitching out freelance stories up until the moment I signed a contract. Don’t take anything for granted.

I’d give even more advice, but gotta finish my work. ABC, locos: Always. Be. Closing.

LISTENING: “Walk A Mile In My Shoes,” Elvis Presley. Don’t read anything into this choice. I always listen to Elvis Radio on SiriusXM after I’ve listened to all of the Howard and Sternthology for the day. Elvis recorded a LOT of filler — but when he was on, he was ON. This is a wonderful song, and a scintillating performance. 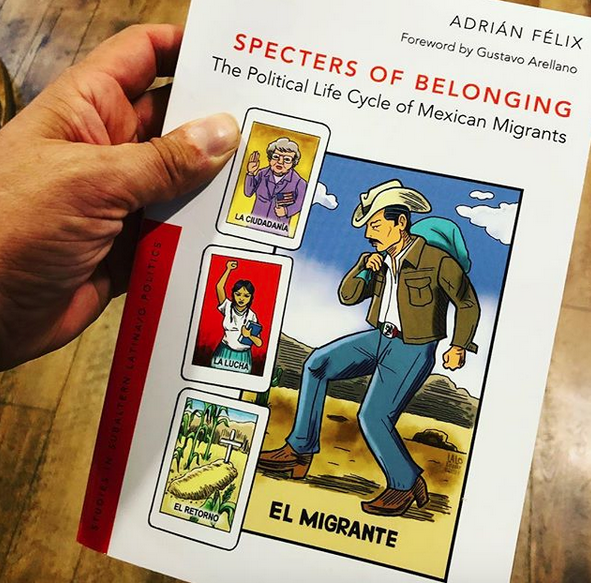 Great book — get a copy!

“Why El Paso Should Be The Tex-Mex Food Capital”: In which Foodbeast realizes what I declared three years ago — El Paso is the most underrated Mexican food town in the United States.

“Searching In-n-Out Of Los Angeles For A Better Burger”:  In which I get called “seriously entertaining” for my In-n-Out takedown of earlier this fall.

“Rohrabacher’s exit closes the door on O.C.’s particular brand of hard-right politics”: In which the Times cites my work on Orange County lunatics.

“Why L.A. Taco May Be the Future of Alternative Journalism in L.A.”: I get quoted in a story about the Taco.

“We live and die like everyone else:’ Orange County to honor homeless lives lost”: Homeless advocates give me a plug for a speech I’m doing (read above for more details).

“Brea School Board Moves to Change School Name After KKK Kontroversy”: A story I did seven years ago about a school named after a member of the Ku Klux Klan FINALLY gets traction.

“L.A. City Councilman Wants to Force Movie Theaters to Sell Tofu Dogs”: Reason gives out a shout-out to my columna below…

“L.A.’s proposed vegan food mandate can’t see the salad for the greens”: My latest California columna for the Times blasts councilmember Paul Koretz for trying to force restaurants to sell at least one vegan meal. KEY QUOTE: “It also shows how out-of-touch he is: At a time when Angelenos yearn for solutions to homelessness, traffic and widespread poverty, Koretz goes all-in on an issue that resonates only with his wealthy, Goop-reading constituents.”

“OC GOP Wonders What Awaits Them in 2020”: My latest KCRW Orange County Line tackles how the Republican Party of Orange County is doing after the drubbing they got in last month’s midterms.