Greetings from beautiful downtown Ventura, where I’m waiting to load a 26-foot U-Haul, then drive the beast back to Orange County. It’s Craftcation season again, the annual conference my wife and her business partner niece run every year in the last working-class beach town in Southern California.

You know you’re in Ventucky when the stalls in the men’s restrooms at a popular restaurant don’t have any doors. Or when the keys to the restroom at a neighborhood institution are hooked to half a broomstick, in case you have to smack someone with it.

The conference ain’t that, though. It brings in hundreds of craft DIY entrepreneurs from across North America for five days of seminars, workshops, beach, drinks, networking, food and inspiration.

And I’m the husband who lugs things around. 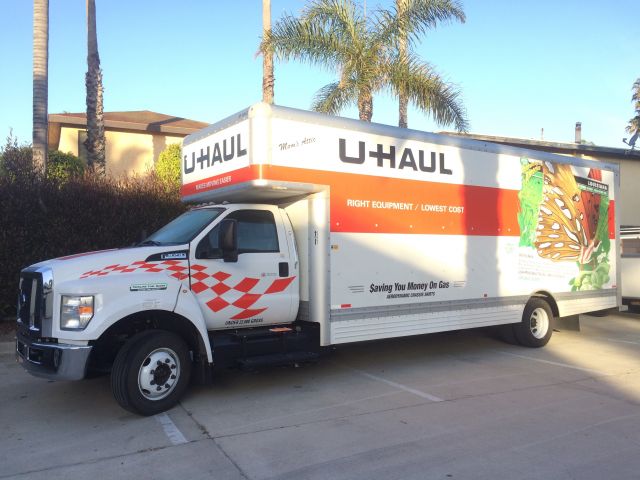 I don’t say this with any enmity. I’ve seen my chica and her niece grow Craftcation from an idea hatched while stuck on the 101 freeway the day after Carmageddoninto one of the most important crafting conferences in the United State. It’s an inspiration to see people you love not only think of great ideas, but execute them and make them into success stories.

And my chica isn’t new to the startup game. She had one of the first green stores in Orange County, The Road Less Traveled, and also helped to start (and still runs) Patchwork Show, an arts and crafts festival that takes over downtown SanTana every Memorial Day and Thanksgiving Day weekend.

And on top of all this, she currently runs Alta Baja Market, a mercadito in downtown SanTana chockablock with Mexican beers and wines, Southwestern products, and pozole on the last Sunday of every month.

The red one is based on my mom’s recipe and is fire; the vegan pozole verde is straight from Guerrero and is a puro pinche parri (also the name of Alta Baja’s taco salad).

And I’m the husband who lugs things around. Mostly the morning bakery run. 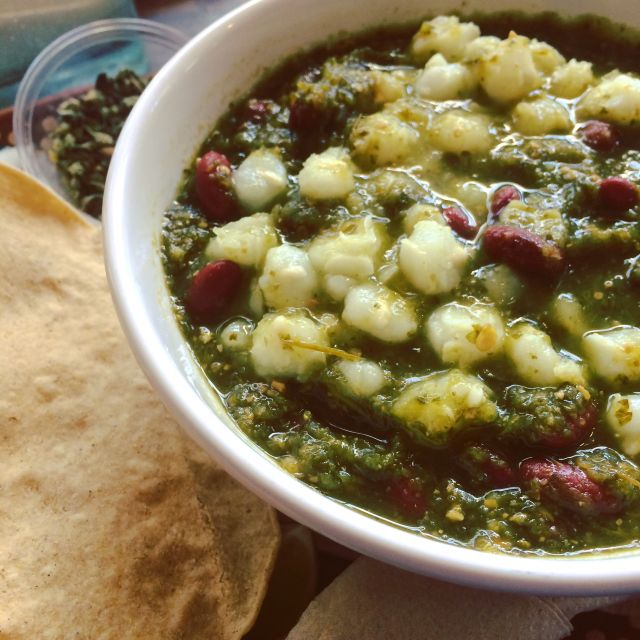 Vegan pozole verde at Alta Baja Market—SO GOOD!!!
All the above isn’t to shamelessly self-promote my wife’s ventures (although you should definitely hit them up, because they’re great and it’s the most surefire way to catch me taking out the trash).

But in this day of gig economies, of insecurities in important industries, my chica’sbusinesses are proof that you can be your own boss. She’s definitely Living the Dream.

To do that, you don’t need money, although that always helps. You need courage and gumption and drive.

And I hope to get there one day. This newsletter is a start.

I love you, honey. Everyone else: follow #craftcation18 for all the DESMADRE.

Listening: “The Sound of Silence,” Simon and Garfunkel. Don’t read too much into this choice—I used the opening of The Graduate at my Orange Coast College at the beginning of this week to illustrate institutional knowledge, then randomly heard it on Friday. Funny how the universe works…and besides, I like Simon and Garfunkel WAY more than a non-white, non-baby boomer Mexican should…

Reading: “Robert Mercer’s Secret Adventure as a New Mexico Cop”: Bloomberg ALWAYS puts out awesome stories, and this one on the reclusive billionaire who made Trump yet traveled to years to a tiny town in the Land of Enchantment in order to be able to carry a concealed gun is a doozy. Only thing missing from this story: Lake Arthur is the town that created Jesus on a tortilla—story is in my book!

GMC’s Terrain is a Baby SUV with Teenaged Style and Big Boy Verve: My latest car review for Pocho.com, the ever-hilarious website of cartoonista Lalo Alcaraz. KEY QUOTE: “It can seat 5, which is more than enough room to shove in a cart, a cooler, an ice bucket, and a bunch of pan dulce, like I did nearly every day for my wife while I had the car (guys: if you ever lose your job and your wife has a business … well, you get a job for free!).”

The Education of an Anti-Gentrification Warrior: Profile of Nancy Meza of Defend Boyle Heights, perhaps the most influential anti-gentrification group right now in the United States. KEY QUOTE: “You take the gentry down to Guisados,” she adds with a loud laugh, using her nickname for gentrifiers and referring to a mainstream taquería in the neighborhood, “and keep them there!”

After the Killing of Stephon Clark, Police Need to Finally Stand Up and Say “Enough”: My latest California columna for the Los Angeles Times ties the police killings of three unarmed black men across California over 50 years to see what has changed and what hasn’t. KEY QUOTE: “A look at their cases show that as bad as things seem now, there has been a small tipping of power when black men wrongly die at the hands of law enforcement.”

Conservative California Cities Revolt Against State’s Anti-Trump Policies: Got quoted by NPR in a story about all the pendejo OC cities who hate sanctuary policies. MY QUOTE: “It’s the dying gasp of Orange County’s nasty brand of conservativism that’s infected the body politic of the United States for far too long.”

I wrote even more stories this week, but gotta run: Gotta load a U-Haul right now!

Gustavo Arellano - May 21, 2020 0
Gentle cabrones:Greetings on this unprecedented Thursday morning: first time I've sent out a full canto on a day that WASN'T a Saturday...

Gustavo Arellano’s Weekly, Canto CVIII: Be Like the Third Cochinito