Greetings from Napa—kind of. I spent 15 hours earlier this week in California’s capital of wine, at the annual gathering of The Latino Hive.

It’s a support group for Latino professionals, mostly in the corporate world, that delivers “nontraditional approaches to elevate the exposure and engagement for Latinos in all sectors of business, emerging industries, and career growth.”

I know—corporate speak. But bear with me. I was invited by the Hive’s founder to give the keynote address and tackle their theme this year: “Be.”

“I won’t consider it a successful speech unless people cry,” he said.

But I can make people think. 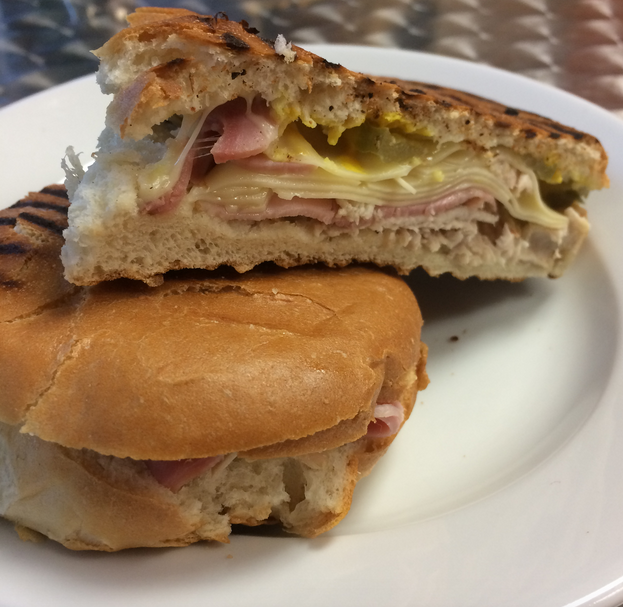 A cubano sandwich. This was NOT lunch at the Latino Hive, but rather a daily-special breakfast at Rick’s Atomic Cafe in Costa Mesa, which is celebrating 10 years this summer. Check them out!

I tend not to attend conventions because I find them a drunken waste of time. I tend not to professionally identify as Latino, because it has surprisingly proven disastrous every time I’ve tried. And I definitely tend not to hang out with Fortune 500 types, because my crowd is ink-stained wretches.

I couldn’t even stay that long for the Hive, and really just got in a workshop on branding, a breakout session, my keynote, and a delicious dinner.

It was inspiring to see so many talented, ambitious, brilliant Latinos in one setting. I’m talking VPs and vets and newbies and people who want to know how to deal with millennials and folks who decide to become deacons after years in corporate boardrooms.

I met someone with Dulce UpFront, a Fresno nonprofit that offers a community space for youth in California’s Central Valley. I met people who have worked their entire lives in the upper echelons of media, of airlines, of food companies and more.

Activists always talk about #DiversityMatters, but tend to focus on the liberal arts: universities, media, and the like. You know where diversity has reaped benefits? Corporate America. And all the people at the Hive were not just captains of industry but were committed to using their power for the betterment of Latinos across the United States. Color this rancho libertarian impressed.

My speech? I had 10 minutes, so told them my story of who I was, who I am, and who I want to be, using my departure as editor of OC Weekly as the framework. April 15—tomorrow—marks six months since I left my dream job to save the positions of my staff.

That also meant I could no longer be associated in any way with ¡Ask a Mexican!, the column that opened so many doors for me and was my introduction to many of ustedes over the years.

You try to disassociate yourself from the twin carbines that defined you and paid the bills for 16 years—ain’t fun. That was me—era.

Now, soy—I am a journalist. A mercenary right now, happily comforting the afflicted and afflicting the comfortable for whoever can throw me some pesos. But one that’s looking to be a soldier for someone—or a general for those who’ll join me.

And quien seré—who will I be? I’m not sure, I told the Hive. But whatever I am, I will maintain the principles that have guided me my entire life: love for my colleagues, honor for my craft, a desire to help others and leave a legacy. The last of the steam-powered trains.

I made one woman tear up. Success! 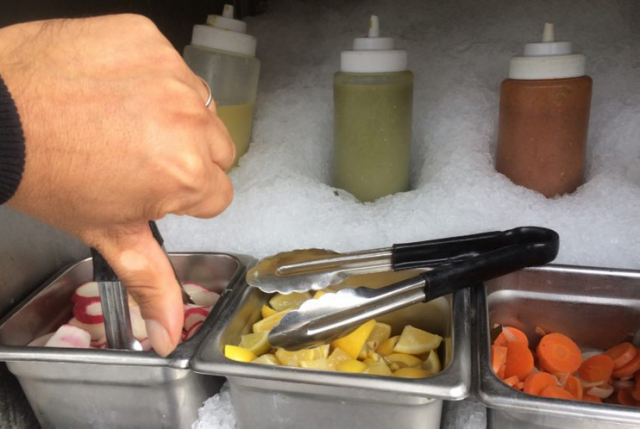 Why Lemons Now Replace Limes At Taco Trucks Every Spring I forgot to include this L.A. Taco piece from last week, in which I revealed why taqueros across Southern California switch up their citrus every spring. Crazy thing is that followers on Twitter are saying they’re seeing the same everything from Detroit to NYC. KEY QUOTE: “The lime industry has never recovered, with price gouging now a regular part of the game. And loncheras — who use more limes than the average Mexican restaurant because who doesn’t want to squeeze them onto tacos? —suffer the brunt.”

Can California Avert a Citrus Apocalypse? My latest California columna for the Los Angeles Times used a tiny insect that’s killing the Golden State’s orange, lemon, and lime trees as a metaphor for how we can tackle bigger problems. KEY QUOTE: “Are we going to let some loser bug decimate our citrus? Will we let the state’s other problems continue to fester? Together, we can win; apart, kiss our orange blossoms and our state adios.”

What Did The South Do To ‘Arroz Con Pollo’? It’s A Cheese-Covered MysteryMy latest for NPR’s The Salt investigates the dish that launched the modern-day Mexican restaurant industry in the South—NOT Delta tamales but ACP: chicken and rice drowned in cheese sauce. KEY QUOTE: “My dad didn’t know what ACP was when he started,” says Charlie Ibarra, whose family hails from a Mexican town about an hour away from San José de La Paz and opened the El Rodeo and La Rancherita restaurants in the Raleigh-Durham area of North Carolina. “I don’t think he’s ever even tasted it. But we sold it. It paid the bills.”

Is Dana Rohrbacher’s Biggest Reelection Opponent the OC GOP? My latest KCRW-FM 89.9 Orange County Line commentary takes on the joke that is Huntington Beach’s congressman. You know he blocked me on Twitter long ago? Of course he did!

Los Ángeles Azules is Helping Mexican Cumbia Finally Get Respect As the hipster world finally discovers the cumbia legends because of their appearance at Coachella this weekend and next, here’s my piece on them for L.A. Taco from February. KEY QUOTE: “It’s an honor,” says de la Peña. “We know how important this is. We’re going con todo el show.”