“The culture of Chile is a complete unknown [in the United States],” says singer-songwriter Nano Stern. “For my performance, that makes for a very fresh context.”

Take his looks. Long locks of hair dangling past a bristly beard pencil him as either a rockero or folk singer. But his signature fedora signals a jazzy cool that, in the United States, doesn’t really make sense with the rest of his appearance but in Chile helps to peg Stern as an innovative standard-bearer for nueva canción, Chile’s beloved social-movement music.

Nueva canción accompanied socialist Salvador Allende to the presidency in 1970 before a U.S.-backed coup toppled his democratic government just three years later. Under General Augusto Pinochet, the music was not only banned, but actively destroyed — most notoriously, armed forces assassinated legendary singer-songwriter Víctor Jara, in the days following Allende’s overthrow. Other musicians remained in exile for 15 years while fascism drove nueva canción underground, banning instruments and albums that scared the hell out of the military regime.

“It was absurd,” Stern says. “Imagine a banjo being banned in the United States.”

It’s that history that motivates him to honor the past while breathing new life into nueva canción. Stern interprets Violeta Parra’s “Que Pena Siente el Alma,” with a violin resting on his chin or strums a guitar for Jara’s “Lo Único que Tengo” while singing with a subtle vibrato and rasp.

He’s rightfully getting international acclaim, and will perform for the first time in Los Angeles at Theatre at the Ace Hotel this weekend.

The grandson of Jewish emigres who fled persecution in Europe during World War II, Stern grew up in the 1980s, when the dictatorship neared its end. He can only count vague, early memories of the national plebiscite in 1988 that rejected an extension of Pinochet’s rule. More vivid recollections are of his grandfather, a musician he counts counts as an early influence on how music can build community.

Stern studied classical music in his youth before forming Mattoral, a folk-rock band that combined Andean instruments with electric guitars. “We were looked at like freaks,” Stern recalls. “Bands hadn’t really mixed the two sounds since Los Jaivas.”

His trajectory only became more expertly eclectic from there, studying jazz at the Conservatorium van Amsterdam before releasing his solo debut Voy y Vuelvo in 2007, with “Casualidad” a standout track that bears the imprint of that education.

Politics became more pronounced later. In 2010, Stern got involved in the student protests against privatization. Through them, he met Inti-Illimani a legendary folk group exiled from Chile for decades. They’ve enjoyed a collaborative relationship ever since: He appeared on Inti-Illimani’s Máquina del Tiempo album marking their 45th anniversary and lent his vocals to “La Siembra.” The group even brought along Stern to the U.S. during tours.

Stern is cognizant that nueva canción enjoyed the solidarity of the global South, something that the current crop of chileno musicians don’t have as they try to bring their creations out to the world. So he’s always experimenting to evolve his own sound and likens himself to a mountaineer who reached base camp with Mil 500 Vueltas, a superb 2015 collection. From there, Stern departed again, recording two more recent EPs—Santiago and Lucero—with the latter’s “Demasiada Información,” displaying his alt-rock chops.

“When I did Mil 500 Vueltas, I had a very strong feeling that I had reached a certain aesthetic place that I was looking for,” he says. “After having done these two EPs, which are very different, not only from each other but also to everything I did before, I feel confident enough to pick up my guitar again in a relaxed way and just let the songs flow.” In April, he’ll release the first single of a new full-length album to come.

But before that, playing in Los Angeles represents a new musical plateau—on his 34th birthday, no less. “It’s an electric place to be,” he says. “There are so many different cultures blending here.”

Presented by UCLA’s Center for the Art of Performance, a string quartet from the university will accompany Stern, a collaboration he looks forward to. He likens concerts to rituals and ceremonies, expressing a philosophy that digs a little deeper into our primeval souls.

“I think of shows as the single most important part of my work,” he says. “That is the essence of what I do, beyond recording albums. Playing live is the authentic place for a musician.

“In the end, music, if you strip it away from everything else, is vibration, a movement of air through either your voice or instrument,” Stern concludes. “Our real mission or purpose as musicians is to be a source of vibration that allows others to resonate strongly.” 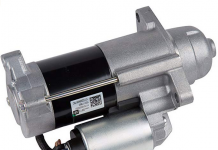 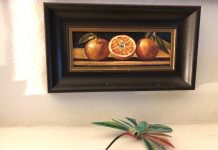 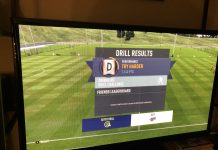 Gustavo Arellano - January 11, 2020
0
Gentle cabrones: We piled into my GMC Yukon after a wonderful Sunday in Ensenada. Drinks at Agua Mala Cervecería....