25 years ago, California saw one of its most rancorous political campaigns unfold with Proposition 187.

The 1994 ballot measure — drafted by former INS officials, Orange County suburbanites, and politicians — sought to deny undocumented immigrants public benefits and services  because they claimed “the People of California…have suffered and are suffering economic hardship caused by the presence of illegal aliens in this state.”

59 percent of California voters eventually sided with Prop. 187, but not after the state weathered a divisive campaign that made international news. Proponents argued they were only pushing it due to economic concerns; opponents claimed racism, especially since more than a few pro-187 supporters kept referring to an “invasion” of people from the U.S.-Mexico border looking to change the American way of life, in rhetoric that seems pulled from today.

Marches against Prop. 187 — the largest seen in California since the Vietnam War — spread across the state. High schoolers by the thousands walked out of class, many waving the Mexican flag. California Governor Pete Wilson, running for reelection, made the issues surrounding the measure a key point in his successful campaign.

A federal judge quickly found most of Proposition 187 unconstitutional. Wilson appealed the ruling to the Ninth Circuit, but his successor, Gray Davis, dropped the state’s appeal in 1999.

And then Proposition 187 entered the realm of myth.

Over the next couple of months, I want to interview as many people as possible for a Los Angeles Times audio and project I’m working on pegged to the 25th anniversary of Proposition 187: the crazy summer and fall leading up to the vote, its immediate aftermath, and its double-edged legacy: creating modern-day blue California and making illegal immigration a winnable campaign issue adopted by cities, states, politicians and Donald Trump ever since.

I’m going to talk to politicians and academics to contextualize 187, of course. But I want to talk to YOU, Southern Californians former and current.

I want to talk to both sides of the 187 divide (why, I even put in an interview request to Wilson himself!), because I want to get beyond the conventional thought surrounding the proposition and hear from the people whose lives were affected by it forever.

I’ll start with my story: I was a sophomore at Anaheim High when nearly all of my classmates walked out of school during lunch to join a large rally at Fullerton College.

I didn’t march, because I was afraid of getting arrested and getting my father – who came to this country in the trunk of a Chevy in 1968 but eventually became a U.S. citizen — in trouble. Yet my non-decision that day in many ways influenced the person I am today.

What’s YOUR story? Would love to interview you for my piece. Email me at gustavo.arellano@latimes.com or TEXT me (don’t leave a voicemail, because I haven’t set it up yet haha) at (213) 218-0470, and we’ll go from there.

Oh, and if any of ustedes know a Julye Castro or Henry Romero who attended Belmont High in LA in 1994, or are buddies with Dana Rohrabacher, tell them to hit me up. I want to talk to them…gracias! 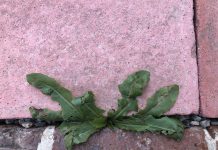 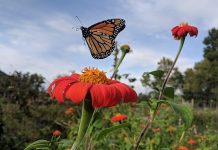 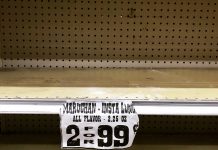 Gustavo Arellano - March 28, 2020
0
Gentle cabrones: They call me the Whittler: the cholo nerd who reduces mountains to plains, one chipped-away pebble at...

Gustavo Arellano’s Weekly, Canto XCIX: The Cocktails of My Life