If you’ve seen me talk before, you know the drill: I’m like the legendary boxer Julio Cesar Chávez.

I start slow because I actually don’t specifically prepare for my speeches — in other words, I don’t rehearse what I’m going to say, I don’t work on lines, and I DEFINITELY don’t use PowerPoint, the crutch of speakers who don’t know what the fuck they’re doing.

I just get up there and talk.

I start by babbling a bit, lurching to and fro while feeling the room and seeing what works and adjusting what doesn’t. Just like Chavez jabbed out his strategy in the early rounds.

But I hit my stride — because I know my shit. By the end, I usually have the crowd on my side and hit haymaker after bolo punches after kidney shots in my fight against boredom.

It’s a fun high-wire act for me, and I enjoy it. But I always end on the same note, with one phrase:

The audience usually offers a nervous chuckle at my last point, because nearly everyone on this planet is shy. 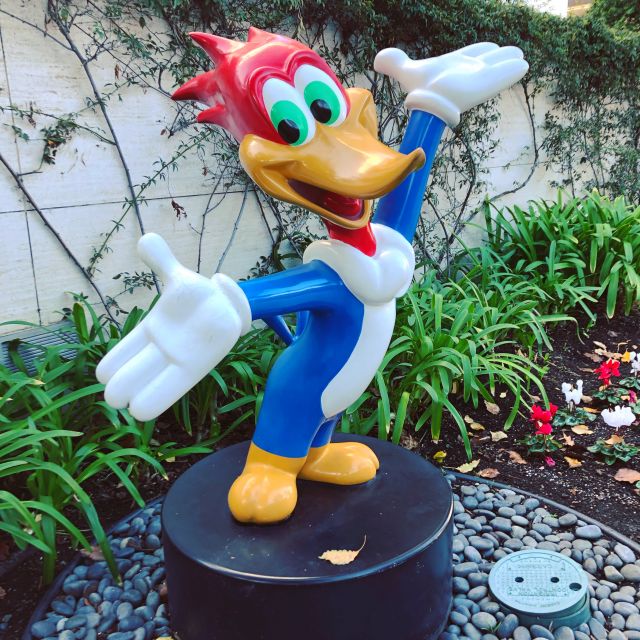 You know Public Guti, but have you seen Private Guti?

Probably not. I’m a bore.

Growing up and going to quinceañeras and weddings, I was always the nerd who took books and magazines and sat instead of dance. Or, if it was at the UFCW hall in Buena Park, I’d sneak off to the old Tower Records off Beach Boulevard.

Nowadays, when my wifey and I go to parties, I’m the nerd in the corner scrolling on his phone.

It’s not that I’m haughty or don’t want to talk to the hoi polloi.

So of course I chose the best profession in the world for a shy guy: a journalist.

Who often speaks in public.

And does NOTHING but talk to strangers.

I always share the above to journalism students as a lesson: It’s okay to have our private quirks, but it’s not okay to let them dictate our professional life.

Simply put, if I was shy as a reporter, I wouldn’t be a reporter. So I have to get over my shit and throw myself out there. EVERY DAY.

It’s hard. To this day, when I have to interview a stranger, I’ll often just stare at the phone for minutes to psych myself up and calm myself down.

But I make the call.

I also share the above to students when I’m invited to lecture to them about life.

I tell them that being shy or timid or quiet doesn’t win them shit.

You have to be bold. Throw yourself out there. Ask for stuff. Show up to places you where you supposedly don’t elong. DO IT DO IT DO IT.

What’s the worst that can happen? Someone says no? You fail?

Tough. Do it again.

Shyness only hurts one person: you.

I learned that early on in my career. When I first started, I sent out emails to every Latino-surnamed reporter I could find.

I had no idea what I was doing, and I wanted advice from potential mentors.

Only two of them ever responded: Rubén Martínez and Sam Quinones.

By me not being shy, they gave me breaks that a 22-year-old reporter with next-to-no experience shouldn’t have had. Breaks that led me to where I am today.

Alll because I wasn’t shy.

Few people ever take my advice, unfortunately. Recently, I spoke to a group of journalism students and gave them my email. I flat-out told them to email me, and I’d help them in whatever way I could. Career advice. Connections for freelance or intern opportunities. Networking.

I’m not the biggest name in journalism, I told them, but I know the biggest names. And I like to pay forward what Rubén and Sam gave me, by helping out the youngsters who aren’t shy.

Out of about 15 students, only one emailed me.

LISTENING: “¡Ay mamá, los que te dije!,” Yolanda Del Rio. She’s a severely underrated ranchera singer, and this is my favorite of her stuff: a Mexican Revolution epic that finds all the upper-class women falling for the charms of the scruffy revolucionarios. Extra points for a shoutout to the OLD SKOOL name Eduviges…

READING: “How a future Trump Cabinet member gave a serial sex abuser the deal of a lifetime”: Investigative reporting at its finest: documents, testimony, and outrage.

“What to Cook Right Now”: New York Times food Sam Sifton gives a shoutout to my In-n-Out takedown froma couple of weeks ago.

“Dem Takeover in The O.C. Sparks Appeal For a Never-Trump GOP”: My obituary for the old Orange County gets a shoutout in the Santa Barbara Independent (hey, Indy: Don’t call it that)

“Red Alert: A Blue Wave in Orange County”: The National Review, of all places, says kind words about my OC analyses (could’ve sworn me and author John Fund had talked trash on each other somewhere…)

“The Border War Is Real, And Surfers Will Feel The Burn”: Stab Magazine, a surfer publication, references my California columna this week on San Ysidro.

“Alta Podcast: Brown is the New Orange”: Alta talks to me about Orange County politics.

“Taco Run with Gustavo Arellano!”: Southern Utah University publishes a video of all the tacos I ate in Cedar City when I visited a couple of months ago. You might think my enthusiasm was feigned; IT WASN’T. THOSE TACOS WERE GOOOOD.

“All Hands on Deck for Boat Building”: My latest for Alta profiles a UC Irvine professor who’s building a Micronesian-style boat as an experiment in sustainability. KEY QUOTE: “To call them ‘canoes’ is a misnomer,” Penny says excitedly. “We’re not talking a kayak here. It’s the craft that humans explored a third of the planet in. We forget this. The colonial narrative is that the Micronesians just were blown to other islands. But they knew where they were going. These are humans, right?”

“We can’t let Trump close California’s gateway with Mexico”: My latest California columna for the Los Angeles Times Opinion section tackles Trump’s threat to permanently shut down la frontera. KEY QUOTE: “This isn’t just any old stretch of road, or some border with Canada. This is a linchpin of California culture, a flow and fusion of people that epitomizes how the United States and Mexico can peacefully coexist, united under commerce and trust.”

“Anaheim Plays Nice with Ducks, Mean to Angels”: My latest KCRW “Orange County Line” tackles why my beloved hometown is so cool with one of its pro teams and such jerks to the other (hint: One wants corporate welfare; the other doesn’t).